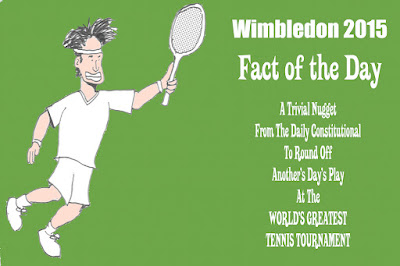 To celebrate both the 4th of July (and The Championships at Wimbledon) our London List commemorates Five Trailblazing Wimbledon* (sic) Yanks:

Email ThisBlogThis!Share to TwitterShare to FacebookShare to Pinterest
Labels: 4th of July, Wimbledon 2015