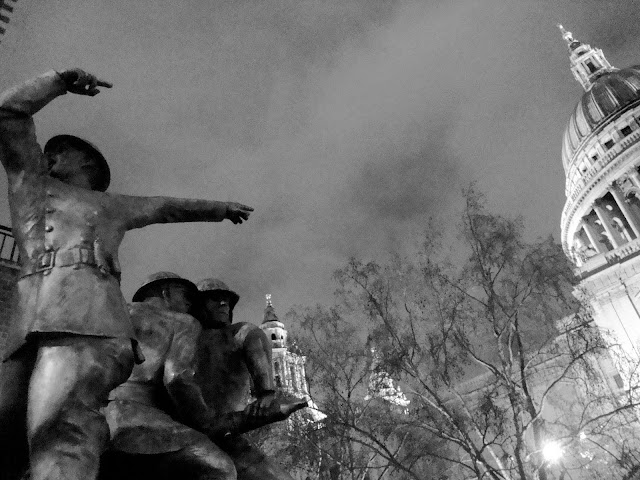 “I'm a Londoner – I was born in University College Hospital on the Tottenham Court Road – and my work allows me to tell stories about London every day. But sometimes there are people on the walks who have their own story to tell.

While guiding Legal and Illegal London on Friday 3rd September we were walking through Staple Inn which was bombed in the Second World War. I explained that it wasn't the blitz in 1941, it was the doodlebugs or buzzbombs of 1944. ‘Does anyone remember them?' I asked. A man said he remembered them very well and I said, ‘Would you like to tell us?'

‘You heard the buzz and it was very frightening,’ he began. ‘On one occasion I heard one and I did what I'd been told to do, I got to the side of the room, under the kitchen table. I could see out the window and then I heard the worst sound: Silence. The motor cut out and it started to fall. I knew it was close. But then I saw it through the window. It didn't drop heavily, it drifted down like a plane coming in to land. If it had just dropped it would have landed on my house but it drifted past and landed on a house a few down from us in the street. A whole family were killed, including a six month old baby.'

A sad story but a testament to the incredible resilience and courage of Londoners during the Second World War.”

Email ThisBlogThis!Share to TwitterShare to FacebookShare to Pinterest
Labels: The Blitz