Weird Scenes on The Bridges of #London


This one was first posted back in August 2010… 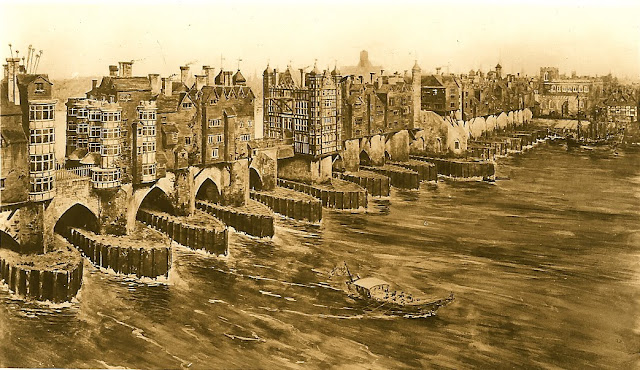 (Artist's Impression of London Bridge circa. 1630)

1. In Flagrante DelictoThe journals of James Boswell, chronicler of the life of Doctor Johnson, record an assignation with a prostitute on Westminster Bridge under cover of fog.

2. Hanging BankersRoberto Calvi, dubbed “God’s Banker” because of his associations with The Vatican, was found hanging from Blackfriars Bridge on 18th June 1982. Suicide? Murder? An inquest in 1983 returned an Open Verdict.

3. Poisoning SpiesBulgarian dissident Georgi Markov was murdered on Waterloo Bridge by the Bulgarian secret police in conjunction with the KGB. Their modus operandi? Stabbing him in the calf with a poison-tipped umbrella.

4. Wibbling (and Wobbling)The Millennium Bridge suffered an “unexpected lateral vibration” on the 12th June 2000 – leading to its unwanted nickname of The Wibby Wobbly Bridge.

Email ThisBlogThis!Share to TwitterShare to FacebookShare to Pinterest
Labels: Bridges