Can You Name This #London Walks Guide?

NEW SERIES! A few of our London Walks guides have volunteered to post their baby pics here on The Daily Constitutional! 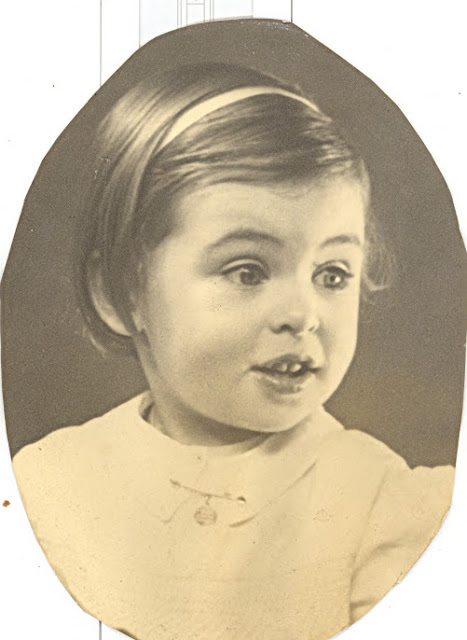 Here's a clue: A more mature version will scare you on Haunted London and intrigue you with Sherlock Holmes and entertain you with Shakespeare and Dickens and if you are lucky you might catch her Musical London and her scandalous St John's Wood on rare Sundays.

It is, of course… Corinna!

Corinna is a treasurably barking – and ferociously intelligent – Cambridge bluestocking. She's the only well known Royal National Theatre actress who's also a psychrolute!* Most recently she starred in the hit West End play, Copenhagen. She's been known to throw in a song or two on her walks but she leaves her cello at home. Anything else? Yes, she's also a professionally qualified London Guide.

*With the ducks. In a Hampstead pond.