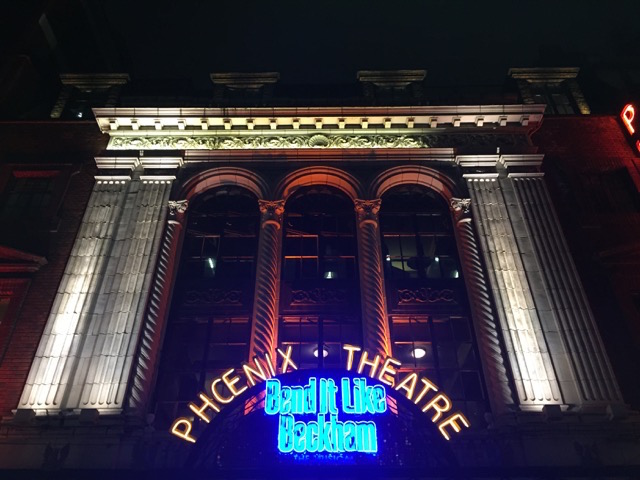 The architect at work is Sir Giles Gilbert Scott and the theatre dates from 1930.

I'd noticed the pilasters before, of course – the four carved 2-D, "flat pillars", two either side of the facade.

But last week, for the first time, I caught an echo of another of Gilbert Scott's famous London buildings which also features four upright "columns" as its central motif… 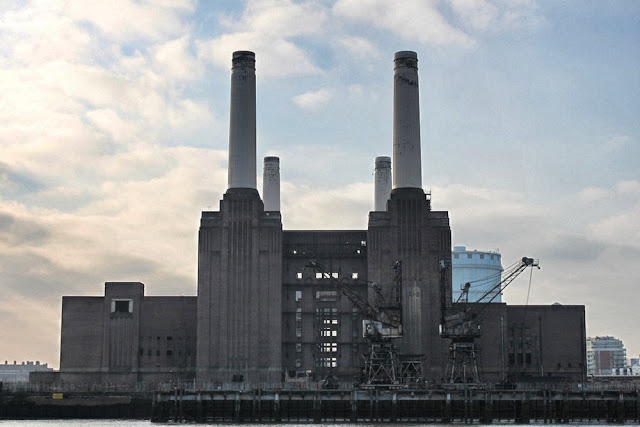 Both buildings have musical connections. The Pheonix was opened in 1930 with the play Private Lives, written by Noel Coward, Coward being one of England's leading pop song writers of the first half of the 20th Century. In more recent years, chart-topping pop stars have appeared here in musicals: Ronan Keating of Boyzone in Once; Marti Pellow of Wet Wet Wet, Petula Clark and Mel C of the Spice Girls in Blood Brothers. All the acts mentioned achieved UK number one singles.*

Battersea Power Station can be glimpsed in The Beatles film Help! The interior features on the sleeve of Hawkwind's 1977 album Quark, Strangeness and Calm. Most famously, of course, it appears on the cover of Pink Floyd's Animals – as featured in issue one of the Rock'n'Roll London Comic Book. 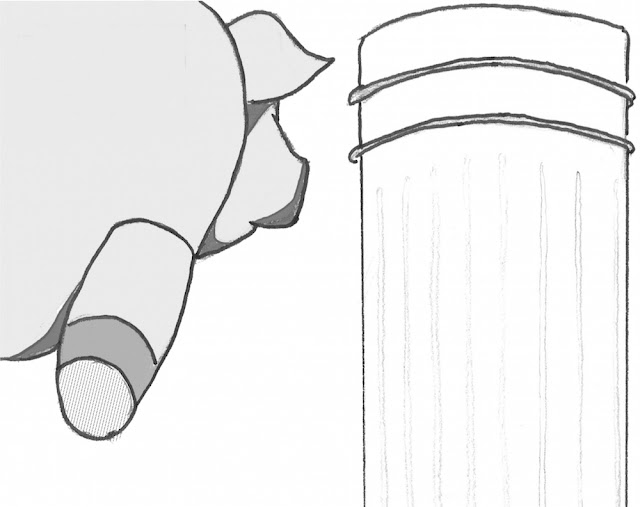 * We don't usually set out to cover the Spice Girls, or Wet Wet Wet, Boyzone or Noel Coward on the Rock'n'Roll London Walk, but our Walkers have famously eclectic tastes!


And here's our Rock'n'Roll London film…