A Cartoon & Comic Book Tour of #London No.25: #DangerMouse


You can catch up with that tour on the dedicated Cartoon & Comic Book Tour of London blog at www.cartoonandcomicbooklondon.blogspot.co.uk 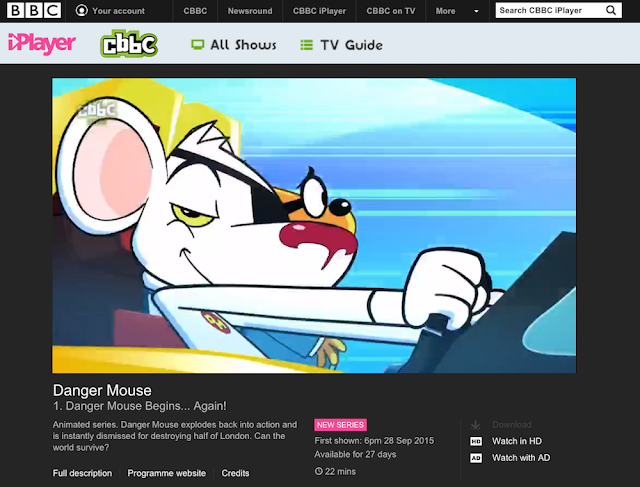 Beloved cartoon superhero of the early '80's Danger Mouse, the greatest superhero in the world, has returned to our screens in a triumphant reboot. The fun started on CBBC on Monday. I'm delighted to report that London retains her starring role.

The opening episode set the tone beautifully, using many London landmarks both old and new. Indeed the montage of London buildings kicked off the blizzard of daft gags that were the trademark of the original cartoons way back when. We saw The Gherkin, City Hall, the Tennis Racket… 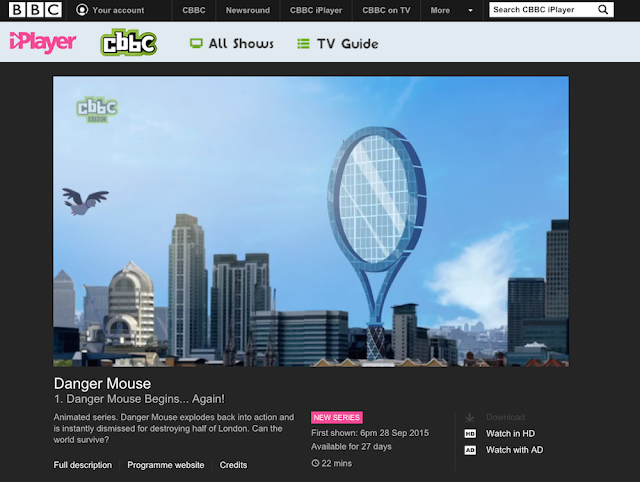 …and The House of Cards… 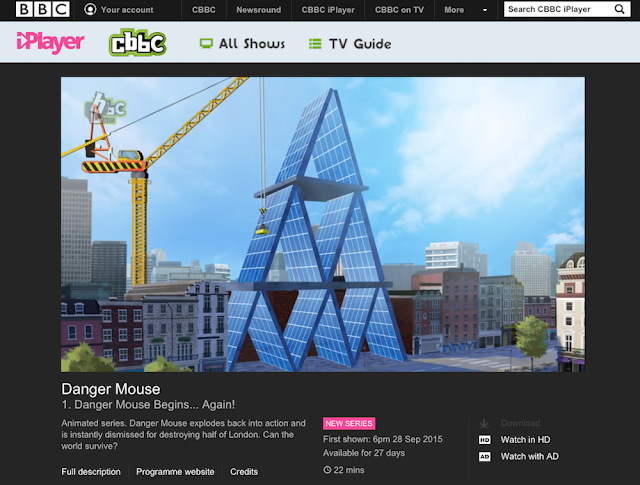 Who doesn't love a wisecrack at the expense of modern architecture?

I blogged about the original Danger Mouse earlier in this series – click HERE to catch up with that post – in a post about Sherlock Holmes-flavoured cartoons. (Alongside DM I looked at Daffy Duck and Porky Pig as Holmes and Watson.)

There are two big changes in the new-look DM: The Sherlock references are gone, with James Bond much more to the fore. And the production values are much MUCH higher.

The original Danger Mouse was created on a shoestring budget and had a pleasingly ramshackle feel to the collage backgrounds. In the original a white polar landscape was often deployed as a cost-cutting exercise. Similarly, there were a great many "Hey! Who put the lights out?" scenes – again, no colours, only black with eyeballs blinking away. One could always recognise Danger Mouse even in a black out: he wore an eye patch so only one eye was blinking. Necessity is the mother of great comic invention!

Glad to see that budgetary restraints featured as a running gag in episode one.

Best of all, the galloping theme song remains intact, albeit with an up-to-date drum track, over the breathless opening credits.

The opening credits are worthy of special mention with the highly-stylised London landmarks flashing by in a chase sequence reminiscent of James Bond in The World Is Not Enough. And our favourite running theme on The Cartoon & Comic Book Tour of London pops up yet again. Remember Spiderman was at it, putting Big Ben & Tower Bridge on the same page… 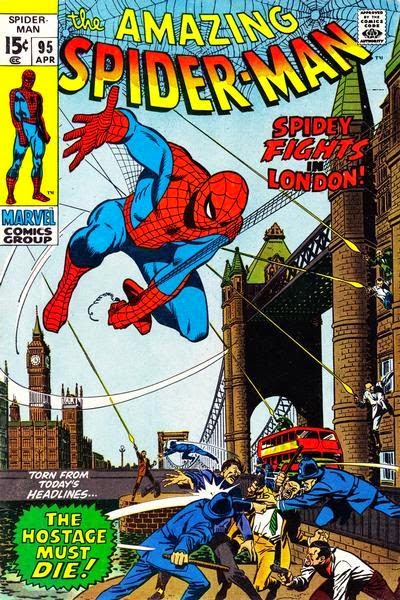 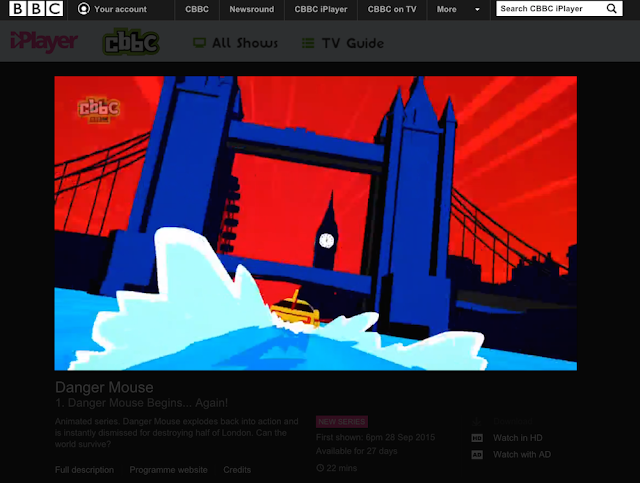 All-in-all it's lovingly done and beautifully voiced. Congratulations to everyone involved! And welcome back Danger Mouse!

Danger Mouse in on at 6:00pm UK time on CBBC. The BBC Danger Mouse website is here: www.bbc.co.uk/cbbc/shows/danger-mouse

(Our screen grabs were taken from BBC iPlayer which is available to viewers in the UK. Go to www.bbc.co.uk to watch.)

P.S Another olden days classic, Scooby Doo, is in for the reboot treatment later this month with Be Cool Scooby Doo. If the Mystery Machine swings into London town, I'll blog about it right here. In the meantime, catch up with Scooby Doo in London in an earlier post from this series.