#Halloween Murder Most Foul - A Most Theatrical Tale

This is Richard Prince (above), who you will encounter on Ghosts of the West End and Ghosts, Gaslight and Guinness. 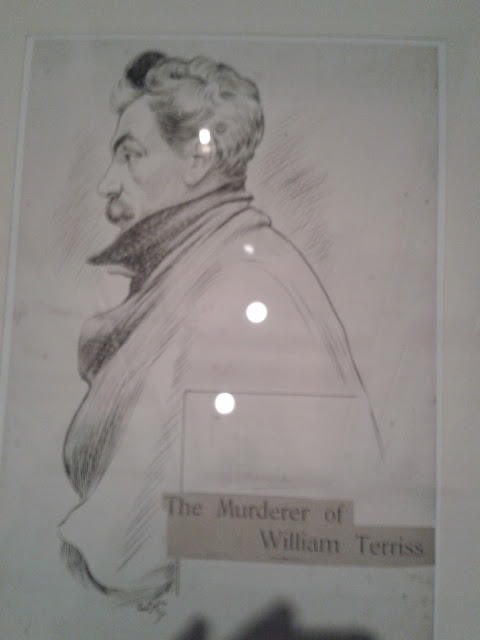 He murdered William Terriss the actor manager of the Adelphi Theatre. Terriss always gave himself the best parts as he was both actor and boss of the company.  Richard Prince always got bit parts so he murdered Terriss on 16 December 1897 as he arrived for the performance that evening.

Prince was sent to Broadmoor prison for the criminally insane and was never released.

I think it is a tragic story.

In the circumstances a fine or a suspended sentence would have dealt with the matter quite adequately. After all, Terriss did always give himself the best parts.

This picture of Prince can be found in the Crime and Punishment exhibition at the Museum of London. Highly recommended. You could go after the Crime and Punishment walk on Thursday afternoon.  We end a five minute walk from the museum.  The ghost of Terriss has been seen on many occasions.  By an American tourist in the 1920s and by a London Transport worker called Jack Hayden in the 1950s in Covent Garden tube.  I wonder if Terris knows that the tube is exit only ?

Here's how to find the museum of London…