With the new version of Jekyll & Hyde going out on ITV tonight at 6:30p.m, we're reblogging this post from February 2014.

This post is written by LW guide Richard Walker and looks at the alleged connection between the fictional Mr Hyde and the real life Jack the Ripper case.


(U.K viewers can catch up with Jekyll & Hyde on ITV Player at itv.com.) 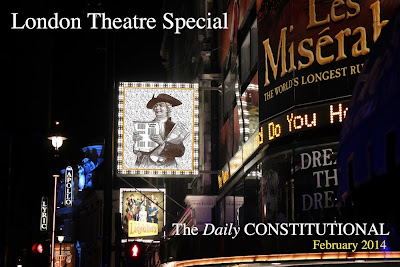 This February we’re looking at London Theatre on The Daily Constitutional.

There was a monster stalking London's streets before either Sherlock Holmes or Jack the Ripper. Mr Hyde was already on his nocturnal prowl. In 1886 Robert Louis Stevenson shocked genteel society with his Strange Case of Dr Jekyll and Mr Hyde. In his slim novella he created fiction’s perfect monster who was, like Jack, the very embodiment of evil…” 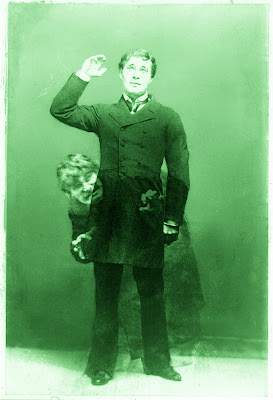 “Dr Jekyll and Mr Hyde were such a successful double act on both sides of the Atlantic that within just one year Robert Louis Stevenson’s story had been adapted for the stage. The first production was in Boston where the actor, Richard Mansfield triumphed in the creation of Jekyll and his monster Hyde (pictured).

Remember that this was not a trick of clever film editing. This actor stood alone on a Victorian stage. Much as the guides of London Walks in the East End every night, conjuring up a vivid picture of the hell on earth that was 19th Century Whitechapel. No costumes, no special effects, without the aid of grubby laminated photographs: just impeccable research and great storytelling powers.”

…has a "past". He's sailed across the Pacific in a two-man boat. He's explored the Himalayas. He's an author. He's carved out a successful acting career.* He's True Grit. True North. True to the compass of his beyond perfect surname. Let alone the spun gold of his nickname: Kontiki. He's a brilliant guide. *You'll have seen him in any number of "London" programmes, from London's Burning to The Bill, etc. Richard leads the Jack the Ripper Walk on Friday nights.