It's our weekly London roundup starting with 10 headlines that caught the eye in London over the last week or so, click the links for the full stories…

The D.C Editor writes… A nose around in our National Portrait Gallery of a winter's afternoon between leading walking tours is one of my favourite things. It's my most enjoyable means of "research" for my London Walks – taking a few minutes to gaze into the eyes of some of the characters that people my tours to see if I can glean anything about their lives, their thoughts and their works. 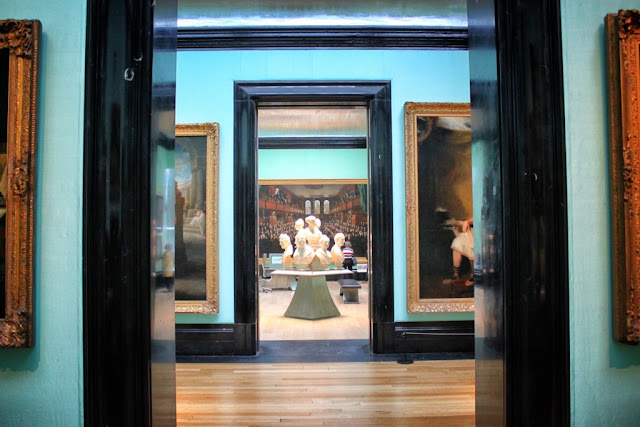 My favourites change regularly, but this week I enjoyed the portraits of Sir Francis Leopold McClintock and Wallis Simpson most of all. I found the contrast between the milky good looks of McClintock in Stephen Pearce's 1859 portrait and his heroic deeds as an Arctic explorer to be startling indeed. (View McLintock HERE.) Gerald Leslie Brockhurt's Wallis Simpson (oil on canvas 1939) is an utterly hypnotic study – food for thought when considering King Edward VIII's options in the abdication crisis of '36 . (For copyright reasons, that particular portrait can't be viewed online, but you can find her in Room 31 at the NPG).

No trip to the Portrait Gallery is complete without dropping in on Lady Ottoline Morrell (by Augustus Edwin John, oil on canvass 1919). She always seems to utterly horrified to see me!

Simon Schama's Face of Britain exhibition is also on display, tying in with his new book and accompanying BBC TV series. It's free and runs to the 4th January 2016.


The Healthy Option… When we bang on about walking here on London Spy every week, our hope is that we might convince the odd driver or couch potato to get up on their hind legs from time-to-time.

But it turns out that even RUNNERS can benefit from walking. It seems that walk breaks can help in every area from muscles to mindfulness…

Walking can help strengthen your muscles and increase your endurance, Runner's World reported. If you don't want to pull back during your run, try swapping a running day for walking - just be sure to double your time.

There's a reason you run the route you do, and it's not just because it's exactly the length of a 5K, although that helps. The scenery is likely captivating, so make it a point to soak up your surroundings (it has some health benefits). This can also apply to a treadmill workout: Take a little time to reflect on the thoughts coming in and out of your head as you walk. Think of it as a walking meditation. You're essentially accomplishing two exercises at once -- one for your body and one for your brain. Now that's what you call a strong workout.


The Not-So Healthy Option… We're very fond of a ludicrous shoe story here at London Spy. So we liked this line very much:

Who among us doesn’t need a pair of butter-soft leather drinking shoes to go with our bourbon?


Yup, you read that right. Drinking shoes. It's a thing. Read the full story at Forbes.

And finally… A headline caught London Spy's eye about Packer Shoes, a New Jersey-based sneaker company whose footwear has been creating something of a buzz this week. Here at the Daily Constitutional the word "Packer" means only one thing – the Green Bay Packers NFL team so beloved of our Special Correspondent David Tucker. We immediately – and erroneously – assumed that the Wisconsin-based team had launched its own footwear range.

Which would be the marketing disaster of all-time.

Well, Packers fans are famously known as Cheese Heads. Were they to launch their own shoes, said footwear would surely be dubbed Cheese Feet.

Read in London This Week No.1

Thanks to London Walks stalwart Dave Skinner for the kind words on Twitter. See you out there soon Dave!

Read in London This Week No.2 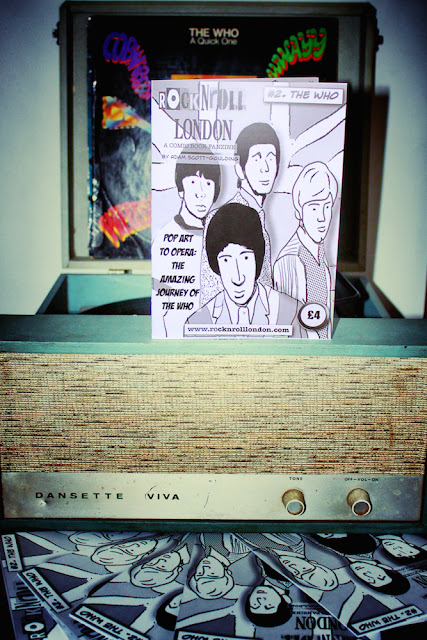 Buy your copy on The Rock'n'Roll London Walk on Fridays or online at The London Book & Walking Tour Shop.

Thanks for reading – The Daily Constitutional celebrated its 7th Birthday this week! 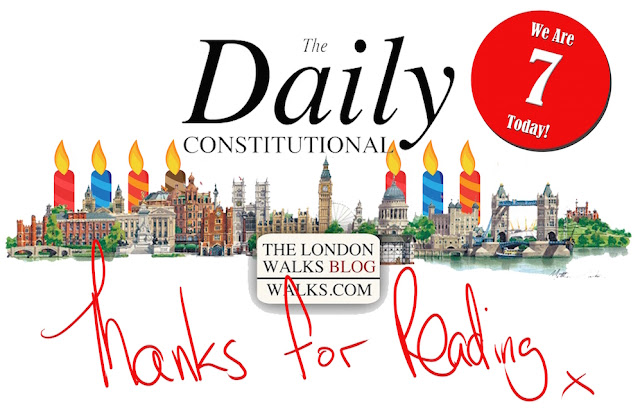