A bunch of artists who work for London Underground have turned an unused office outside Leytonstone station into an art gallery – and their stuff is so good, they've got an exhibition opening at the end of the month. Out of the Uniform: Artists working for London Undeground opens November 30 and runs until December 5 at the Fill the Gap Gallery, Church Lane, Leytonstone, London E11. Entry is free.

Simon Munk, of the London Cycling Campaign, praised the mayor for taking "big steps in the right direction" but said other "so-called" cycleways painted on the road had made some cyclists "incandescently angry".

"They are frustrated with the pace of progress, and that's telling us there's still some way to go to catch up with the best models in Europe."

The Fleming Collection gallery in Mayfair, London, is to shut next year, and the Fleming-Wyfold Art Foundation, which runs it, is to pursue a new "museum without walls" strategy.

The collection comprises over 600 oils and watercolours from 1770 to the present day.

After the sale of the Fleming’s merchant bank in 2000, the Foundation was established by members of the Fleming family with the aim of "furthering the understanding and fame of Scottish art outside Scotland through exhibitions, education and publishing."

The gallery will close in March next year and the foundation will instead focus on its loans, exhibitions, and arts education.

TRANSPORT: Some Harsh Words for the London Bus – The Spectator

The Ed. writes… We're gearing up for our annual London Christmas Shopping Guide here on The D.C - over the next few weeks we'll be pointing you in the direction of our favourite little shops in London.

My first port of call every year is Porterford Butcher off Bow Lane to order my Christmas turkey. 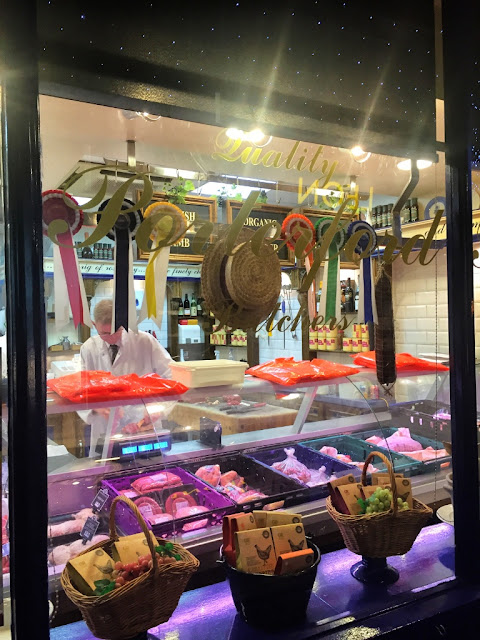 They'll be first in our Christmas Shopping series later this week, principally because they provide the cheeriest most genuinely friendly welcome in London. Well done guys! In the meantime, if you do one other thing in London this week, order your Christmas turkey or grab your City lunch from London's friendliest butcher. It's a London institution.

Walking is obviously central to our work here at London Walks. So we're always interested to hear about other jobs that involve a bit of pavement-pounding.

Also, who could resist this headline… ?

I Was A Dog Walking Anarchist

It's the intriguing tale of Joshua Stephens, an American dog-walker and political activist:

I’d warn clients when there was a chance I’d get arrested on a demo and be unable to walk their dog. A few of them even offered to bail me out of jail if that happened. One client actually did end up bailing out one of my colleagues. Another client worked at the US Justice department and offered to help us as a lawyer. It was also handy dog-sitting in people’s flats while they were away. I hosted a reading group for anarchists in the apartment of a Pentagon employee — we had 15 people in there.

Seen in London This Week No.1…

The source of the rainbow on the Millennium Bridge…

Spotted on a lovely wintry Friday afternoon walk in the great company of the guys from 3gHR Ltd & Centre StageRP. Thanks for booking with us guys! 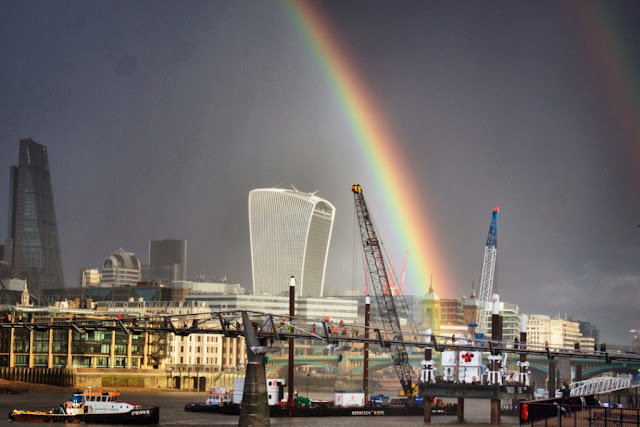 Earlier this week we posted a few London tricolore images for our friends in Paris. Catch up with that post HERE.

Here's another, first posted back in January, Tricolore-on-Thames… 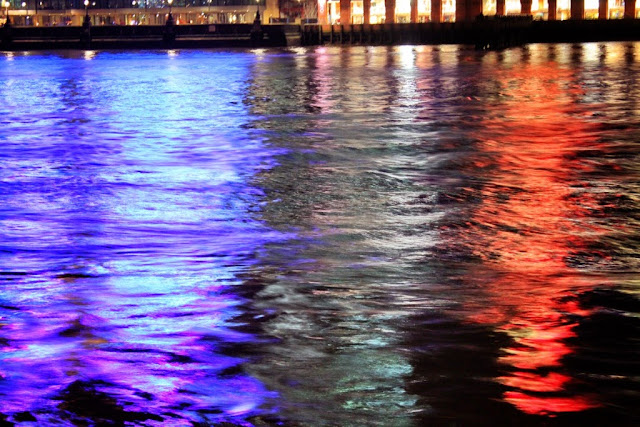 Read in London This Week… 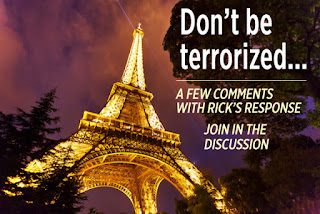 Last weekend we shared Rick Steves' response to the Paris attacks (catch up HERE). Here's the intro and one example of a response to Rick's follow-up piece…

A disaster — like Friday’s terrorist attacks in Paris — is always met with an emotional response stoked by lots of media. Watching the news unfold on Friday night, I decided to quickly write and post my thoughts on Facebook. Over the weekend, millions of people read my essay and thousands commented with thoughts of their own. Reading through these comments late Sunday night, I couldn’t resist responding to some. This morning, I read over our dialogue and wished that more people could see it. So I compiled and edited this selection of a few of the more notable back-and-forths. (For the full and unvarnished version, just click through the comments on my “Don’t be terrorized” post.) My hope is not to rehash petty disagreements, but to continue what I hope can be a constructive conversation about Friday’s attacks and how we should respond.


Comment: You have GOT to be kidding. Minimizing this terrorist act in Paris by saying it only claimed 150 lives out of a total population of 500 million on the continent is unbelievably naive. Those 150 people went out to have a fun time on this particular Friday night in Paris. They never made it home, and their families & loved ones lives have been changed forever. Those who survived were mercilessly terrorized, and the rest of the civilized world has been traumatized. You just keep on travelin’, Rick, because it’s apparently all about you and the industry you are financially vested in.

Rick's Response: Thinking my stance is motived by my business needs reflects poorly on you more than me. More often, my political stances cause people who see things like you to marvel that I would say things that hurt my business. In this case, my belief that the world is better off when Americans keep on traveling does help my business. That’s just a nice coincidence.

The Last Word Goes to Paris…

The D.C's Special Correspondent David Tucker is in Paris this weekend and he Tweeted this from the city that has taken centre stage in everyone's thoughts this week…

"Thanks so much for coming to Paris." Courtly stranger - an art historian - to us tonight in our restaurant. pic.twitter.com/Ykg2aGcqUg
— London Walks (@londonwalks) November 19, 2015