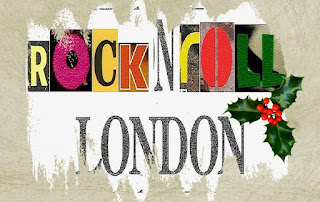 This afternoon on the Rock'n'Roll London Walk, the name Chas Chandler will pop up more than once.

Although they never fared particularly well in the US, Slade still occupy a place of great affection and esteem in the hearts of British music fans.

Inevitably the unmistakable descending scale of Slade's Merry Christmas Everybody came galumphing forth like a geek in a bad jumper pissed on cider at the Christmas party and wielding mistletoe.

On Wednesday I barely registered it. It is such a part of the Christmas landscape that acknowledging it would be akin to gasping in shock every time one saw a Christmas tree in December.

on that first Christmas Day of the rest of his life, I listened to Slade and resolved henceforth to keep Christmas music not just in my ears but in my heart.