A Cartoon & Comic Book Tour of London Panel 27: The House of Illustration @illustrationHQ

You can catch up with all 26 previous stops at the Cartoon & Comic Book Tour of London blog here cartoonandcomicbooklondon.blogspot.co.uk. 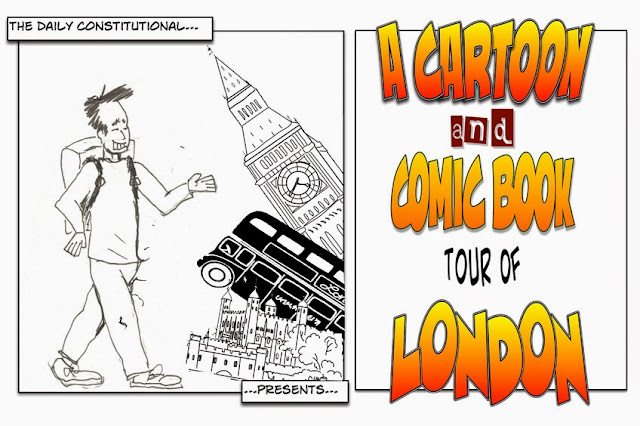 Panel 27: The House of Illustration

During the school Christmas holidays I finally managed to get along to The House of Illustration.

There! I just blurted it out! There was no easy way of breaking the news to the Cartoon Museum that I've been seeing other exhibitions behind its back.

(It's not you, Cartoon Museum. It's me. I'm a shameless gadabout for illustrated matter.)

The House of Illustration opened in July 2014 in the regenerated canal-side area behind King's Cross Station. It was founded by Sir Quentin Blake and 2016 will see a permanent Blake gallery added to the collection, opening in April. The theme of the first show will be Quentin Blake's approach to magic and surrealism.

Sir Quentin was born in Kent in 1932 and his first published work appeared in Punch when he was just 16. He studied art in London at both Chelsea and Camberwell and has illustrated more than 300 books.

He is internationally famed as the illustrator of Roald Dahl's books for children.

Such is the connection between Dahl and the illustrator who brought his characters so vividly to pictorial life that the mere mention of Charlie and the Chocolate Factory floods my mind's eye with Blake's work: those deliciously anarchic, scratchy lines, like a murder of crows splatting into a bucket of broken umbrellas. I cannot remember a time when I was not familiar with his work and I'm delighted to say that he's a big part of my eight-year-old daughter's reading experience too.

At the opening of The House of Illustration, Blake told The Independent, "Illustration is all around us everywhere, but what I hope is that here you will stop and think about it."

The current exhibition certainly makes us do that – E.H Shepard: An Illustrator's War.

You are already familiar with the work of EH Shepard: he illustrated Winnie The Pooh and (my favourite) The Wind In the Willows… 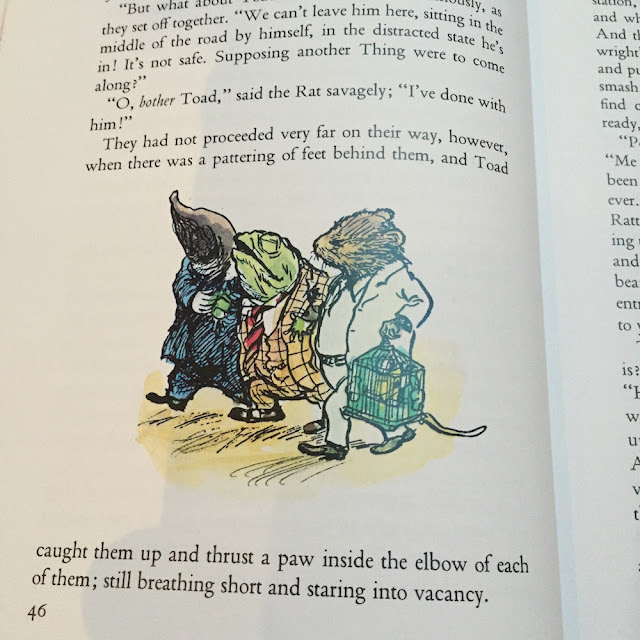 Toad screams for attention, of course, but just look at Ratty! One of the most stylish Englishmen of them all, worthy of a GQ cover all his own.

The long summer days of simply messing about in boats are in high contrast to Shepard's first-hand experience of World War One. 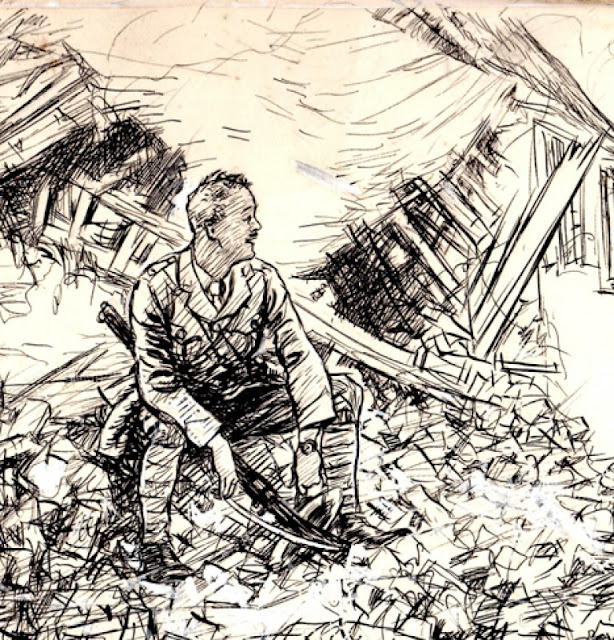 Over 100 drawings are on display depicting scenes on the Western Front, cartoons and, most touchingly, letters home to his wife featuring tender illustrations.

Here's illustrator & cartoonist Chris Riddell (the current Children's Laureate, a post once held by Sir Quentin Blake) with a few words on the exhibition…

Running in tandem with the Shephard exhibition is Lauren Child's Dolls' House in the South Gallery. 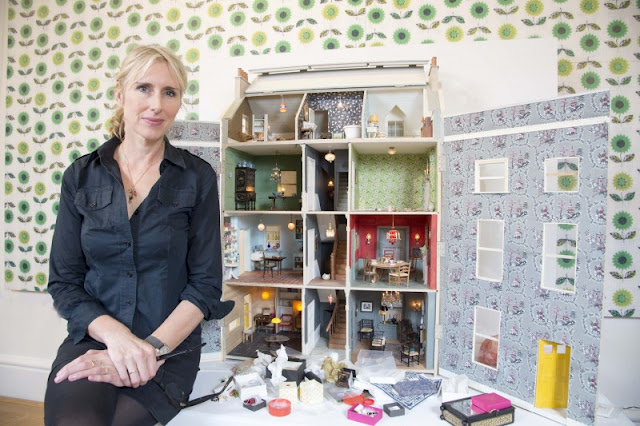 Child is the creator of Charlie and Lola, the tales of young Charlie, the coolest most fantastic-est big brother in the world ever ever ever and his little sister Lola who, by Charlie's reckoning, is "Small and VERY funny." It's no lie.

In an earlier post in this series I stated that you DON'T need to use a child as a beard to love cartoons and the work of Lauren Child is a great case in point, vivid and life-affirming stuff for all ages.

Child's dolls' house is a 30-year work-in-progress and, as pointed out on The House of Illustration website, the miniature construction techniques she learned as a child continue to inform her illustration practice today.

Here she is introducing her dolls' house on the BBC Radio4 programme Today… www.bbc.co.uk/programmes/p036m97h)

Given that my context in this series is cartoons in London, I completely must point you in the direction of Lauren Child's Charlie and Lola: We Must Completely Go To London. 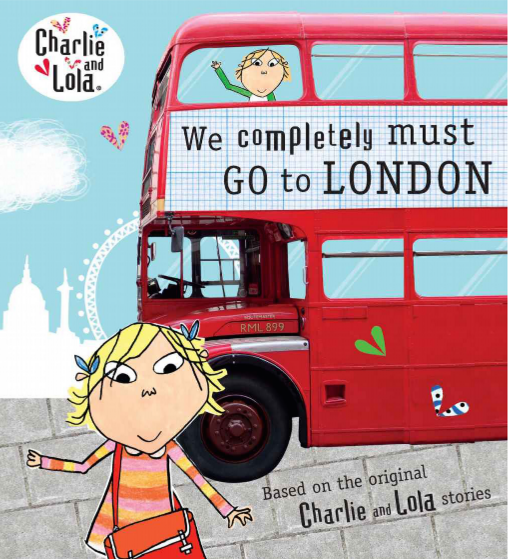 You only really need two guide books to London. This is one of them, the other is M Sasek's This Is London (click here for an earlier post on that great book).

Buy Charlie and Lola: We Must Completely Go To London here:  www.amazon.co.uk

There are only got a few weeks left to check out these two exhibitions, E.H Shephard: An Illustrator's War closes on the 24th January while Lauren Child's Dolls' House runs to the 6th February.

Explore the world of comics through original artwork by 100 women comic creators working across genres and generations - from the 1800s to the present day; from observational comedy to surreal fantasy, challenging biography to subversive dissent.

You can book at the House of Illustration website here: www.houseofillustration.org.uk

P.S. Cartoon Museum I still love you too!

The House of Illustration…

I've collected the entire series of A Cartoon & Comic Book Tour of London so far together on its own dedicated blog at cartoonandcomicbooklondon.blogspot.co.uk

Today, the 7th January 2016, I've re-posted a piece on the timing and the process of the series on the first anniversary of Charlie Hebdo. You can catch up with it at cartoonandcomicbooklondon.blogspot.co.uk

Coming soon on the Cartoon & Comic Book Tour of London: Wonder Woman & Gillray (sadly not in the same strip).

Email ThisBlogThis!Share to TwitterShare to FacebookShare to Pinterest
Labels: Cartoon & Comic Book Tour of London, The House of Illustration