Après Walk – The Best Cafe Near The British Museum @LeCordonBleuLDN

It’s a high-water mark of your visit to London.

Having the “the world’s greatest guide” show you round the British Museum. 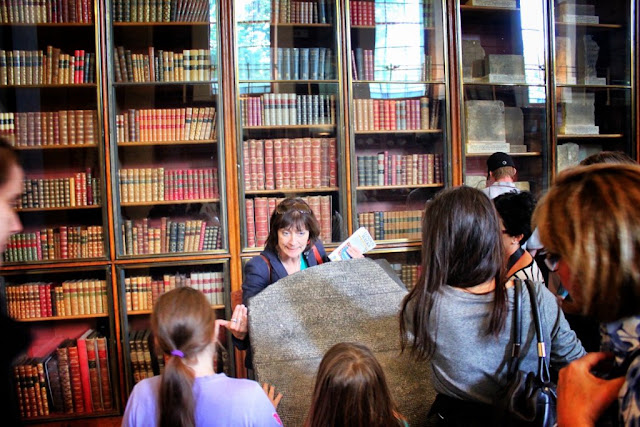 No, she is. We’re talking Karen here. Winner of the big one, the Blue Badge Guide of the Year Award. CBC star (she’s the host of the Canadian travel show “London Next Stop”), author of Royal London, the “go to” London guide for every major media concern – is it any wonder Travel & Leisure crowned her “the world’s greatest tour guide”?

But this isn’t about Karen. Or London Walks’ Saturday afternoon special – Karen’s tour of the British Museum.

Ok, I’m going to come over all directive now.

It’s 4 pm-ish. Saturday afternoon. You’re in the Great Court of the British Museum. Karen’s just wound up her tour of the BM. It’s been a high-water mark of your visit to London. You scoot out the front door, down the steps, across the forecourt, out the gates and into Great Russell Street.

I’m talking about the traps directly across the street – that coffee chain that specialises in sugary brown water, those tourist trap cafes.

It’s your high-water mark. Don’t pull the plug on it.

Repeat after me: “London specialises in hiding the best of itself.” And don’t just say it – act on it.

It in this case is Café Le Cordon Bleu. The café that’s part of the Cordon Bleu Cookery School. It’s round the corner. It’s hidden. It’s superb. It’s high-water mark as cafes go. 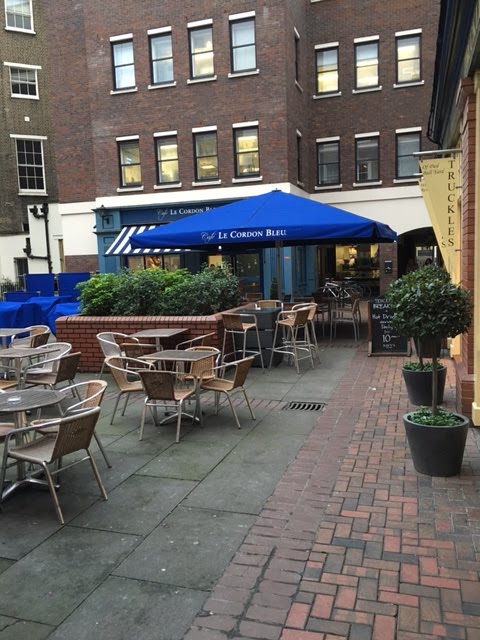 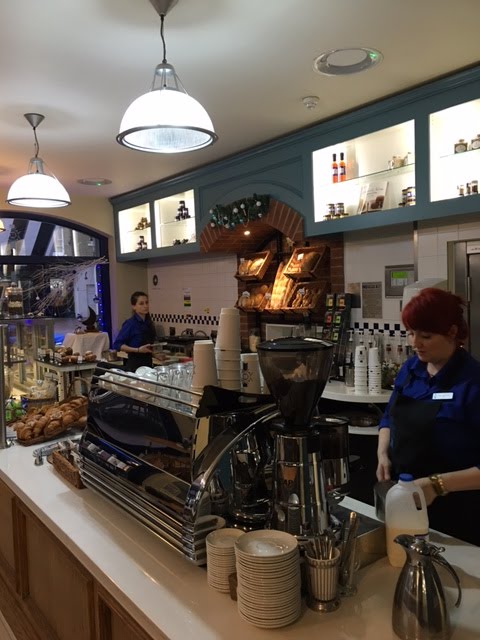 That’s where you keep the high-water mark thing going. Café Le Cordon Bleu is attractive, comfortable, friendly, it’s got a buzz (it would have, wouldn’t it) and – what matters most of all of course – the coffee, the victuals are, well, cordon bleu.

I’ve never forgotten. I can never forget. I shall never forget – the first time I went in there. I asked one of the servers, “is the food prepared by your cordon bleu students?”

I thought she was going to faint.

“Good heavens no, it’s done by one of our Master Chefs.”

Parting thought. Visitors’ London is two Londons. There’s tourist trap London. And there’s the London of those who know.

Those who know do the British Museum with Karen. She gets them up to that high-water mark. And if they want a sit down and a bite afterward, well, the next chapter of said high-water mark afternoon is heading off to Café Le Cordon Bleu.

Where you don’t just hold on to the good. You tuck into it.