Guest Blog: The Barfly on The Corpse Reviver #HappyNewYear 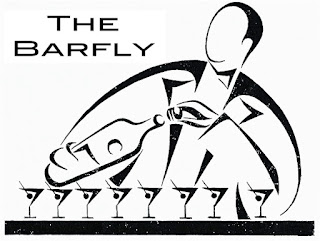 
His festive series began with Mulled Wine, moved on to classic Eggnog, The Champagne Cocktail and the French '75. Now it's time for… The Corpse Reviver


Is the sun over the yard arm?

The Savoy Hotel is the home of The Corpse Reviver and was first printed as a recipe in Harry Craddock’s legendary Savoy Cocktail Book (first published 1930).

Here’s a variation on the famous Hair Of The Dog tipple, named the Corpse Reviver No.2 and taken from my beloved 1965 edition of Harry’s book:

Shake well with ice and strain in to a cocktail glass. Garnish with a maraschino cherry.

The Ed. adds: Thanks Barfly, not for the feint-of-heart that one. This mini-series ends to night with his New Year's night recipe for a Rob Roy.

Email ThisBlogThis!Share to TwitterShare to FacebookShare to Pinterest
Labels: The Barfly