London Spy 30:01:15 Our Weekly Review of All Things #London #LondonSpy

Campaigners battling to prevent London’s historic Liberty of Norton Folgate being redeveloped with corporate office towers have today been allowed a benchmark legal challenge against the Mayor of London.

High Court judge Mr Justice Collins has granted permission for a Judicial Review to the Spitalfields Trust against the Mayor waving through the plans in breach of legal procedures.

The Judicial Review challenges Boris Johnson for over-ruling Tower Hamlets Council, which has twice rejected the developers’ scheme in partnership with the City of London Corporation which has been buying up properties in the Georgian conservation area over the past two years.

The Save Norton Folgate Facebook page is here: www.facebook.com/savenortonfolgate

MUSIC: The Half Moon in Herne Hill is campaigning to save its music licence…

The Half Moon Pub in Herne Hill, is set to reopen its doors this summer but will cease to be a live music venue under new proposals.

Responding to a public petition which has attracted more than 6,000 signatures, the Mayor of London has now urged the pub’s new management to “continue with a regular programme of new and cutting edge grassroots music acts”.

CULTURE: The Freeedom To Party protest takes place today in Shoreditch. “This will be one to remember," say organisers. "Let them know we mean peace, love, unity and respect. All we want to do is dance.”

More than 2,500 people plan to dance through the streets of east London on Saturday in a call to end persecution of the UK’s free party movement.

The Freedom to Party protest is due to kick off at 2.30pm in Shoreditch. “Remember to bring all portable speakers, mini rigs, 12v rigs etc anything that plays music,” organisers have said.

More than 2,500 people have indicated they will attend the event, which has been organised on Facebook. A similar number have said they are interested in attending.

Full story in The Guardian… www.theguardian.com

TRANSPORT: New Exhibition on the Future of London's Roads – Londonist 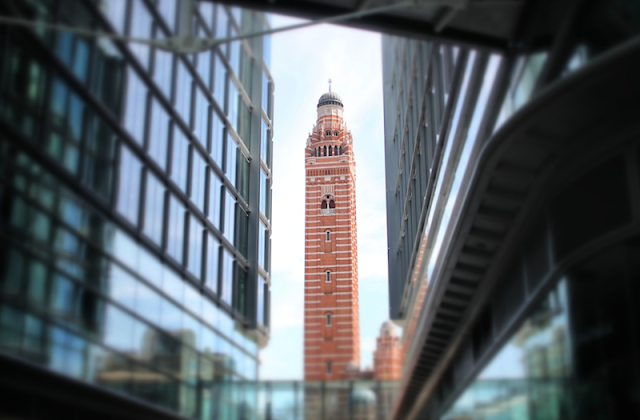 The Shard and the London Eye often upstage Westminster Cathedral’s viewing gallery these days. But the view from the Roman Catholic cathedral 64 metres (210 feet) above street level should still be on your London bucket list for 2016 – especially if you are on a budget. The view is certainly spectacular, but best of all, the experience an unhurried one – take your time and take it all in.

I enjoyed this piece from Canadian Broadcaster Stephen Quinn, a meditation on ditching the car and getting out on one's hind legs …

Walking is free, it feels good, it helps me think and it lets me see the city in a way that just isn’t possible otherwise. Sticking to the same route brings the comfort of the familiar, and changing up the route brings new discoveries. Never before have I been so conscious of the seasons.

There are familiar characters along the way, like the man I have named Strongman – a triangular, broad-chested older man with a thick neck, a shiny bald head and a grey handlebar moustache. He is perpetually wearing shorts, and marches every morning in the opposite direction with the sort of purpose reserved for soldiers who know that victory is near. I may spot him anywhere between the viaduct and Commercial Drive, depending on my timing. He covers a lot of ground quickly.

Full story here… www.theglobeandmail.com (P.S A big shout out to our loyal London Walkers in BC! Happy New Year!)

***
The g-word – gentrification – is consuming New York City's former dowdy neighbourhoods every bit as rapidly as it is here in London. This piece from The Gothamist caught my eye, focusing as it does on the g-word (one of my fave rants) and the role of the Doctor Marten boot (my fave shoe for leading walking tours, see earlier post) and its role as a signifier of gentrification…

A Doc Martens store is opening on Bedford Avenue, furthering Williamsburg's well-documented SoHo-ification. But do not shake your fist at the gods of gentrification, for Doc Martens is a much more appropriate North Brooklyn transplant than the J. Crews and Ralph Laurens that have preceded it. Because Doc Martens boots are, in fact, the Williamsburg of Shoes.

Thanks to London Walker Michelle Siedel and London cabbie and blogger Richard Cudlip (what a fine and resonant newspaperman's name that is Mr Cudlip, most appropriate for a blogger!) for pointing me in the direction of this grab from Street View capturing Richard P leading one of his famous Beatles walking tours for London Walks…


Have a great week! London Spy will return next Saturday.