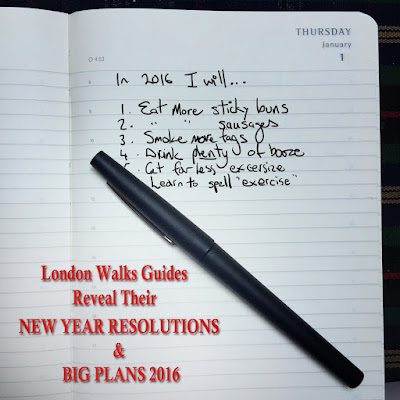 Are your New Year Resolutions already hanging like an albatross about your neck?

Or are you sanctimoniously striding down Oxford Street looking down on your fellow man because you haven't had a Chocolate HobNob for five days?

Following on from my colleagues Kim and Kevin (see earlier posts), it's my turn to list my New Year Resolutions…


1. I'll be finishing and publishing Issue 3 of The Rock'n'Roll London Comic Book starring David Bowie. Here's a preview in the shape of a couple of early rough sketches…

2. I'll be curating and leading, with my Beatles & Rock'n'Roll London colleague Richard, a BRAND NEW Rolling Stones London Walk to coincide with the Exhibitionism show at the Saatchi Gallery from April this year.

3. I'll finish my 3rd & 4th circuits of the Capital Ring walking route. On my own I've got Greenford to East Finchley section to complete the third circuit; and on my 4th time around, with my eight-year-old daughter Isobella doing her first circuit, I'll pick up where we left off at West Ham last year. Visit tfl.gov.uk/modes/walking/capital-ring for more details. 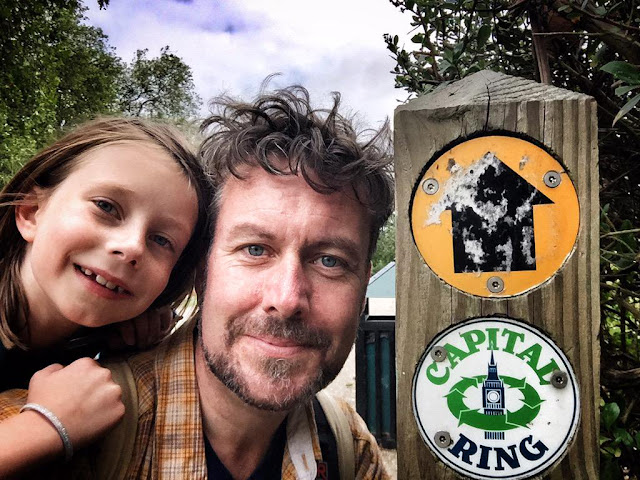 4. I will seriously contemplate turning my Cartoon & Comic Book Tour Of London, as featured here on The Daily Constitutional and now also on its own dedicated blog HERE, into an actual, real-life London Walks walking tour.

5. I will extend my record of never having shopped at Brent Cross, the monstrous, car-dominated shopping centre in North London. My record so far is 23 years. My goal is to reach Golders Green Crematorium before ever shopping at Brent Cross. And if you ever see me at the latter, dispatch me to the former by any means necessary.

7. I will try – and most probably fail for the 8th year-in-a-row – to keep up a Photo 366, a daily London photography project at my photoblog The 38 To Clapton Pond.

8. See the movie Return of the Jedi. I have never seen it. So do be careful not to spoil the end for me. I mean it would be awful if someone blurted out, oh, I dunno, that Darth Vader was Luke Skywalker's father. Which is ludicrous, of course, I was just using it as an example.

I may even watch E.T. Haven't seen that either. Although I might keep that for 2017. Don't want to rush things.