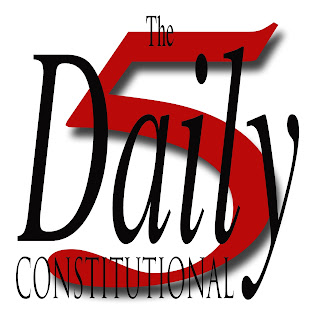 
In December 2015 The Daily Constitutional posted its 4,000th post. 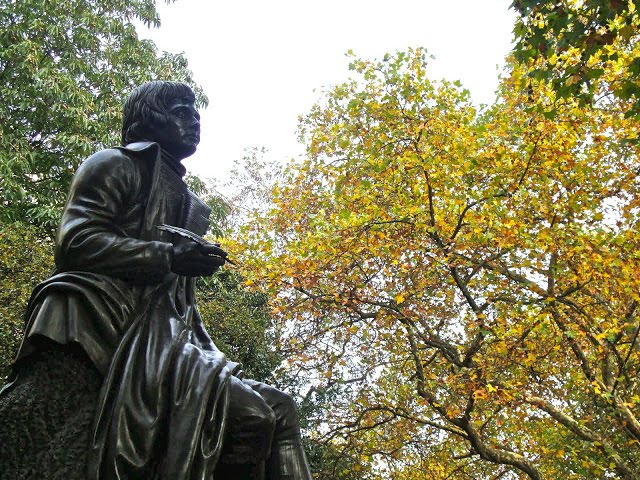 If you didn’t think it possible for a statue to posses the qualities of sexual magnetism and charisma, go and visit Robert Burns in Embankment Gardens. The “second greatest writer ever produced by the British Isles” (as my husband – a Scot, quelle surprise – makes me write) his vivid bronze memorial is the work of Sir John Steele and dates from 1884. 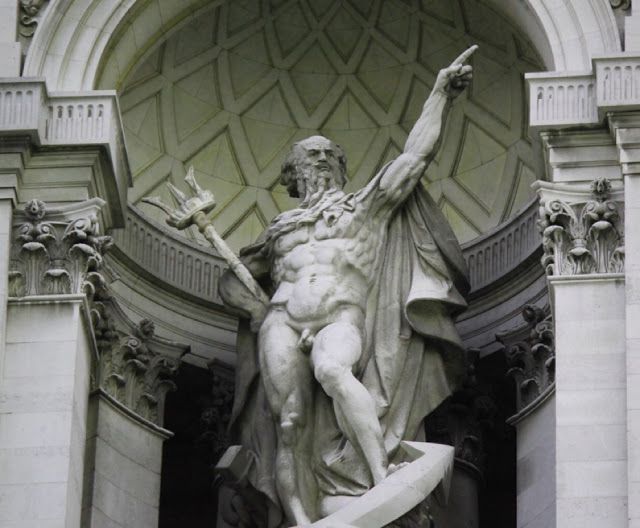 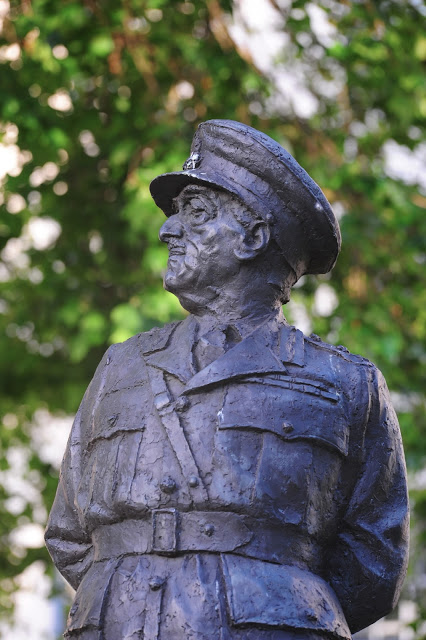 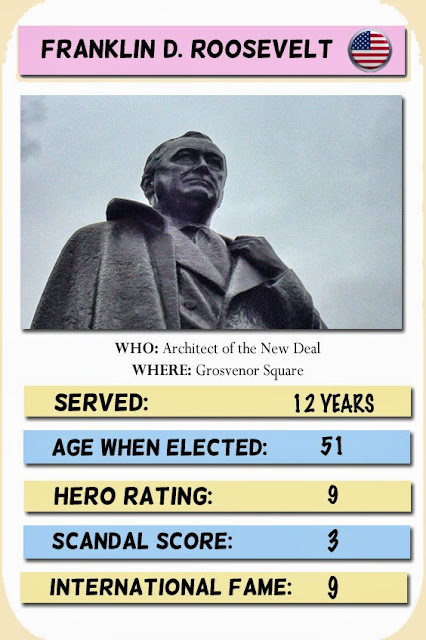 FDR's statue in Grosvenor Square is a rare depiction of the President standing – albeit with a cane – and can be found near the US Embassy. A fascinating little list at the US Embassy's website details FDR's official visits to Britain – most of them to former colonies, many of those on "fishing trips"!


5. Who Deserves a Statue in Parliament Square?
First posted March 2014
By Kim Dewdney

Next month on the 5th February… London Sport

Email ThisBlogThis!Share to TwitterShare to FacebookShare to Pinterest
Labels: London statues, The DC5