A Mayfair Love Story For #StValentinesDay 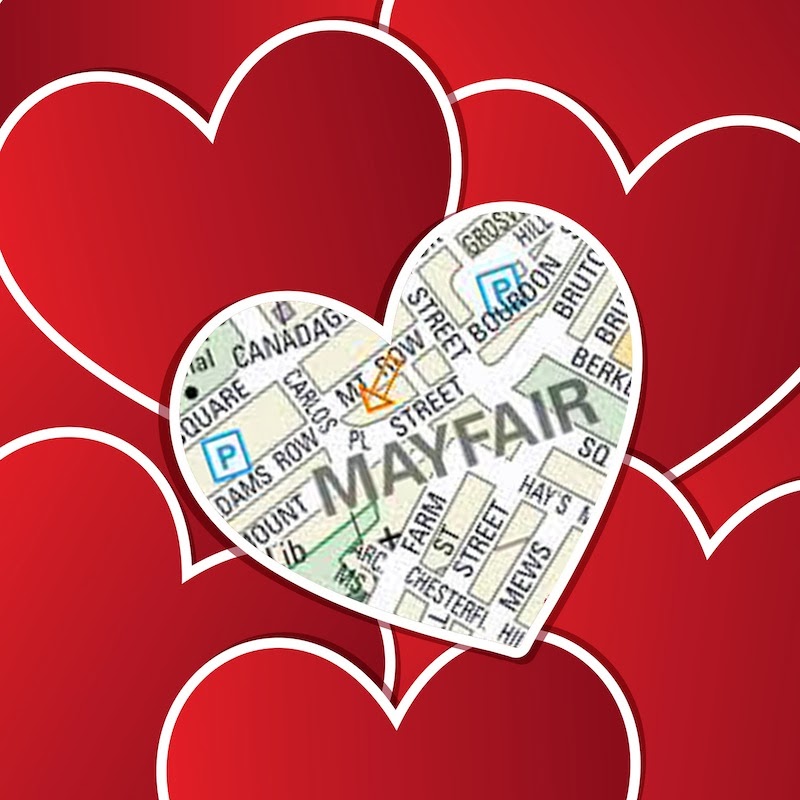 “With this ring I thee wed.”

And, yes, it was Valentine’s Day.

Wasn’t a ring, though.

Well, not the sort of ring you’d expect.

It was a bed-curtain ring.

The groom had forgotten a little something. The “substitute” was hastily fetched from his nearby house.

The groom was the Duke of Hamilton. The bride was Elizabeth Gunning. The hour was the small hours of February 14. The year was 1752. The bit of London was Mayfair. And zooming in, the venue was the notorious Mayfair Chapel. The “presiding official” was the no less notorious Rev’d Alexander Keith.

And a Valentine’s Day slipping – slipping? slurping? – a bed-curtain ring onto the bride’s beautiful hand was entirely in order.

This was a love match. Well, almost certainly a bit of a lust match as well. But so what.

The Duke had first clapped eyes on Ms. Gunning less than a month before. At  a masquerade. It was a “she doth teach the torches to burn bright” moment for the handsome but tubercular D of H.  There’d been plenty of torches in his youthful life. As one contemporary put it, “he was very debauched in bad women’s company”. He was also a heavy drinker. And for good measure, an inveterate gambler.

The next time he saw her was at the Earl of Chesterfield’s ball on February 12. The tall and statuesque Elizabeth was “demure” in a plain Quaker dress. The smitten Duke proposed. Elizabeth accepted. And by torchlight – and with the aid of a bed-curtain ring – two nights later…

I don’t know if you’d want to call the Duke’s roiling hormones in the wee hours of February 14, 1752 a roll of the dice, but it was certainly the right move. Elizabeth reformed him.

But, alas, he was – remember – “tubercular”. He died six years later.

In due course Elizabeth married another Duke. Of Argyll.

Both of her Dukes got children on her. Heirs and several spares.

Some life. She was the wife of two Dukes. She was the mother of four. She was a Lady in Waiting to George III’s Queen Charlotte. She met Dr. Johnson. (And James Boswell.) She was a Duchess. She saw off the Wilkes rioters who surrounded her house and banged on the door demanding that she light her house up as an expression of support for for their cause.

She was the sort of sensation in her day that the Duchess of Cambridge is in ours.

She died of tuberculosis.