#London: As Seen On TV No.2: Are You Being Served 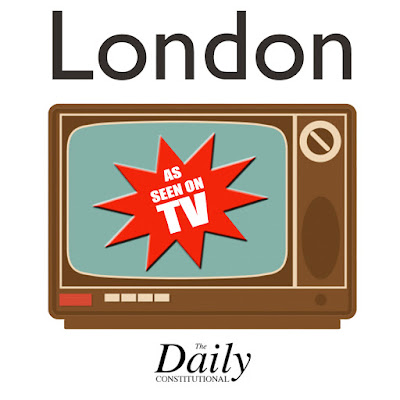 A couple of weeks ago I posted about LuckyMan, the thrilling London-set drama currently running on Sky1. It started the ball rolling on a new occasional series here at The DC and the first response was from loyal Daily Constitutionalist and self-confessed Britophile Veebs in BC…

@londonwalks Yay! AYBS? is my favourite show of all time! I started watching it when I was little & still watch it frequently now <3
— Veebs (@callmeveebee) February 6, 2016

So here we go… Are you free, Miss Veebs?

No.2: Are You Being Served? 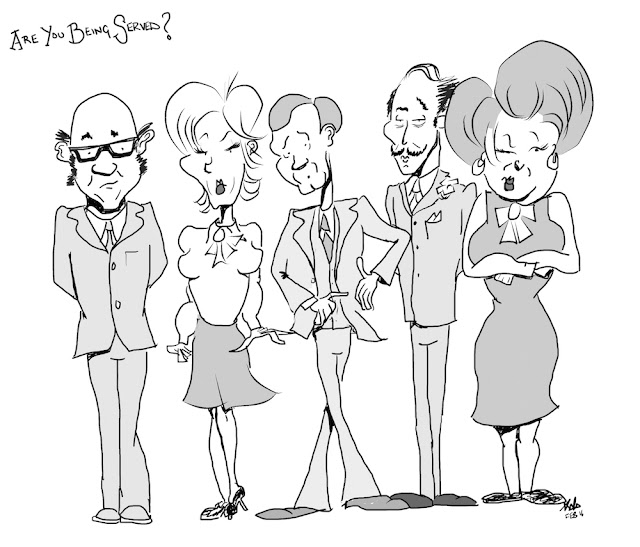 Old school. How's that for a phrase to encapsulate the BBC sitcom Are You Being Served? From 1972 - 1985 this sitcom set in a department store drew huge ratings in the UK, but was also a big hit overseas, particularly in Canada (hi Veebs!), Israel and Australia. It still enjoys reruns here in the UK and on PBS is the US.

From tales of Mrs Slocombe's pet cat – invariably referred to as "my pussy" – to Mr Humphries and his camp cries of "I'm free!" when queried as to his availability to help out a customer, AYBS is firmly in the seaside postcard tradition of English humour.

Suffice to say, no entendre is left un-partnered for very long.

It was created by prolific British comedy writers Jeremy Lloyd and David Croft – the team behind 'Allo 'Allo (we'll leave that one to our chums at Paris Walks!) – and enjoys a London connection insomuch as Lloyd, when a young man, spent a brief time working at Simpsons of Piccadilly – once the largest menswear store in Britain. It is said that his time there inspired the series.

Simpsons closed in 1999 and is now home to Waterstones bookshop… 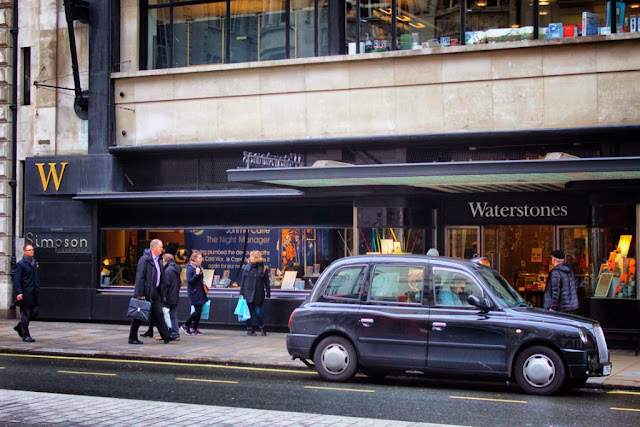 And just yesterday there was some good news for Are You Being Served? fans – the series is to enjoy a reboot later this year as part of the Landmark Sitcom season on the BBC, celebrating 60 years of the genre in the UK. Full story posted on Chortle yesterday: www.chortle.co.uk

In the meantime, here's the trailer for the big screen version of the sitcom from 1977…

You can catch up with my earlier post on Lucky Man HERE.


Do you have a favourite London-set TV show? Drop me a line!

Email ThisBlogThis!Share to TwitterShare to FacebookShare to Pinterest
Labels: Are You Being Served, As Seen on TV, London on TV, London sitcom, London TV locations, Piccadilly, Waterstones
London London, UK