PUBS: Bad news and good news in Camberwell – a few of the old boozers are closing but the pub scene in SE5 seems to be "stabilising" according to Camberwell Blog…

The past few years have seen a lot of Camberwell’s pubs shut down. Just in the last five years or so I can think of the The Bickleigh, The Cadeleigh Arms (my old local), The Prince of Wales, The Brewers, The Bricklayers Arms, The Flying Dutchman (no longer a pub but still active as an events space specialising in kink), The Ivanhoe, and The Corrib Bar (soon to be a legal church, rather than an illegal one?).

But recently things have stabilised, and even seem to be getting better; there might be fewer pubs, but when I first moved here 20?years ago The Grove (now Grand Union) was the only ‘nice’ option, until The Sun and Doves (now The Sun) opened.

Read the full story on The Camberwell Blog: www.camberwellonline.co.uk

PLAQUES: With our #plaque366 project well under way here on The Daily Constitutional (posting a plaque-a-day during 2016) I was pleased to read there are to be some new plaques in London…

Playwrights, movie stars and the first black footballer to play for England will be honoured with blue plaques in London, English Heritage has announced.

Irish writer Samuel Beckett, screen icon Ava Gardner, and West Bromwich Albion's Laurie Cunningham are among those to be honoured by the charity.

London's blue plaque scheme was set up 150 years ago to link famous people with their homes and other buildings.

The scheme's chair called the list a "wide range of talent". Prof Ronald Hutton said it "will celebrate stars" who "made London their home".

Read the full story at the BBC website www.bbc.co.uk

EXHIBITIONS: Super exciting announcement from The V&A – we're back to the swinging 60s this September with the Records and Rebels show…

FASHION: Behind the Scenes At London Fashion Week – Daily Mail

On TUESDAY we gave a big shout out to the excellent staff at London's museums.

Also on TUESDAY we added classic BBC sitcom Are You Being Served? to the As Seen On TV series of blog posts celebrating classic London telly 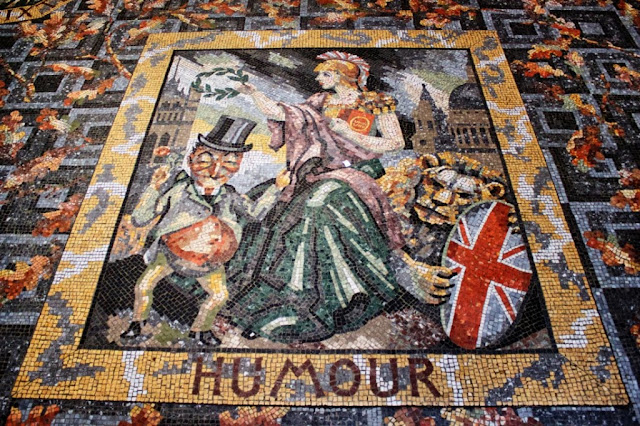 On WEDNESDAY we visited Mr Punch at the National Gallery

The Royal Society of Chemistry is celebrating its 175th anniversary this week. 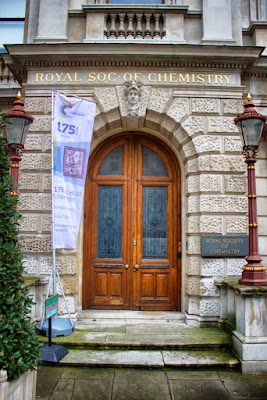 To mark the occasion, they have been compiling a series of portraits of chemists down through the ages – from the great and the good, the monumental names of science, to the modern innovators and noteworthy contemporary chemists.

The exhibition – called 175 Faces – is on display at the Royal Society of Chemists on weekdays only. If you are unable to get along, then never fear. The jolly helpful chap at the RSC last Monday pointed me in the direction of the website where all the portraits have been collated www.rsc.org/diversity/175-faces

The show – which is free – at Burlington House closes on the 4th March. There's also an opportunity to add yourself to the collection (!) by taking a selfie and sharing it wit the Royal Soc. on Twitter! 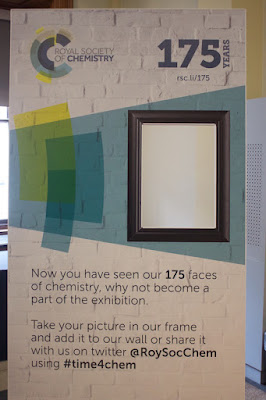 Here's how to find Burlington House, home of the Royal Society of Chemistry…

I LOVE London Fashion Week. I don't go anywhere near it, of course, on account of being a saggy middle aged man with a penchant for second hand waistcoats that preceded last year's fad for "vests" (as my American cousins like to call 'em) by a coupla decades. (Said penchant looks set to carry on until the day they put me out feet first to Golders Green Crematorium regardless of fickle fashion.) So what do I LOVE about Fashion Week, then? It's the super-serious Zoolander tone of the journalism, that's what.

For example, did you know that wearing chelsea boots with a suit is "look" is "hard to pull-off"? No? Well, read on…

Wearing boots with a suit is a tactical endeavour that’s really about one minor detail: the length of your trouser. Ideally, you want your hemline to stop at exactly the right place, so it shows off your shoe.

Full story in The Guardian

The single best line of prose that I have read this week came from footwearnews.com in their wonderful account of the weird world of high fashion footwear…

You can always count on London for some wackadoodle fashion.

The downside to new shoes is WEARING THEM IN. It's the devil's work. Why, when you look so shiny and new, must you inflict such pain on our poor feet? Blisters are unsightly and so is a woman who walks like Bambi on ice because she's in severe shoe-related pain.

Seen in London This Week 1: Look Down, Not Up

Okay, so it rained a wee bit on last week's Urban Geology walk with Ruth…

… but were we downhearted? No!

Thanks Ruth for a fantastic afternoon of looking down!

Seen In London This Week No.2

On a visit to the Science Museum…

Even the water in the shop at the @sciencemuseum is all sciency. What's not to love? pic.twitter.com/YrUMYwmy9n
— Adam Scott (@AdamScottG) February 22, 2016


Heard In London This Week…

I was delighted to feature in a cameo role on the excellent Rock'n'Roll Archaeology Project Podcast this week! 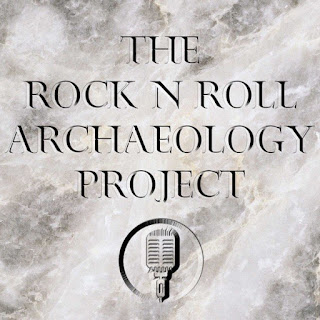 Last summer Christian Swain, musician, musicologist and damned fine storyteller, joined me on the Rock'n'Roll London Walk. Here we are in Soho, outside "the toppermost of the pop-ermost", the London Palladium… 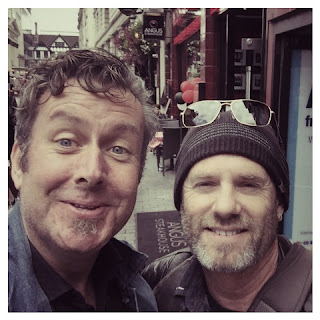 You can download the Rock'n'Roll Archaeology podcast from iTunes here: https://itunes.apple.com/us/podcast/rock-n-roll-archaeology-project/id1052989183

London Spy will return next Saturday, have a great London week!