Richard III, for example, is an actor and playwright. His new play, Whistleblower – it's on at the Waterloo East Theatre – has been nominated for two Offie Awards!

The play's about – this hardly needs saying – Edward Snowden.

When I saw it, it was "in stereo". In stereo because for 30 years now I've been haunted by a passage in Shelby Foote's History of the American Civil War. And thinking about Snowden – and Chelsea Manning – in relation to President Abraham Lincoln, well, plus ça change...

"In late April, for security reasons, he [Lincoln] authorised simultaneous raids on every telegraph office in the northern states, seizing the originals and copies of all telegrams sent or received during the past year. As a result of this and other measures, sometimes on no stronger evidence than the suspicions of an informer nuring a grudge, men were taken from their homes in the dead of night, thrown into dungeons, and held withoug explanation or communication with the outside world. Writs of habeus corpus were denied, including those issued by the Supreme Court of the United States. By the same authority, or in the absences of it, he took millions from the treasury and handed them to private individuals, instructed them to act as purchasing agents for procuring the implements of war at home and abroad....Congress bowed its head and agreed. Though Amerians grew pale in prison cells without knowing the charges under which they had been snatched from their homes or places of employment, there were guilty men among the innocent, and a dungeon was as good a place as any for a patriot to serve his country through a time of strain."

Chilling isn't it. And adamantine hard. That phrase, "Americans grew pale in prison cells..." is the stuff of nightmares. And not just Americans of course – anybody. Welcome – have we ever left it, will we ever leave it? – to Kafka country, to the landscape, internal and external, of Might Makes Right.

Whistleblower is on at the Waterloo East Theatre until March 6th. 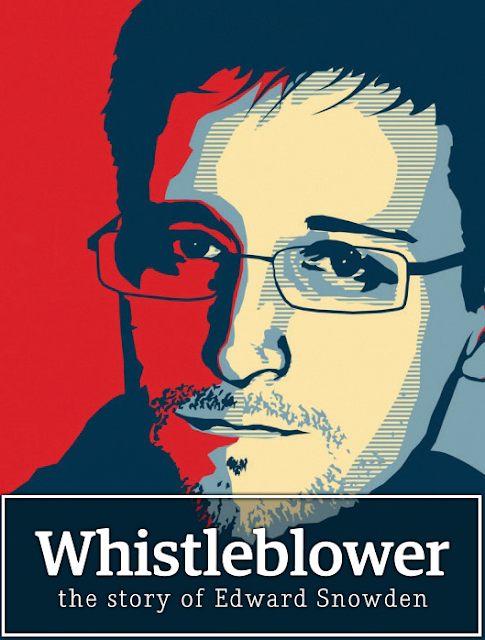