Commemorating: “An International Incident” from 1850 in Park Street SE1 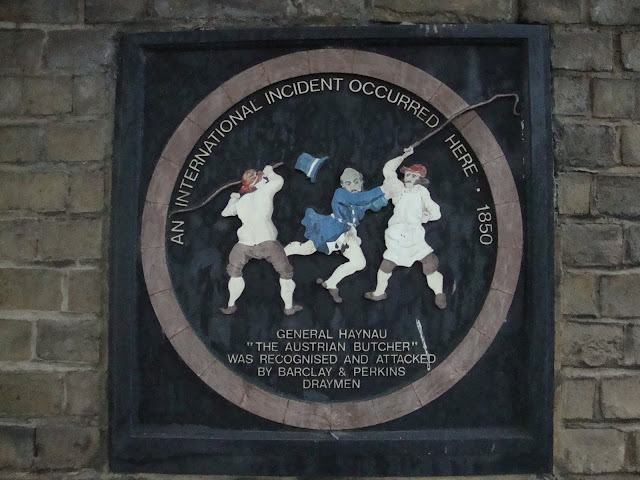 Many a North London wag and wit has, down through the years, had fun with this plaque. “Only in South London,” they joke unkindly, “would they commemorate a punch-up with a plaque!”

The punch-up in question is referred to on the plaque itself (in Park Street, SE1) as an “International Incident”: international it was in that the recipient of the fisticuffs was the Austrian General Julius Jacob von Haynau (illustrated here), at the hands of two employees of the Barclay & Perkins Brewery. G.K Chesterton describes the incident thus:

“When an Austrian general who had flogged women in the conquered provinces appeared in the London streets, some common draymen off a cart behaved with the direct quixotry of Sir Lancelot or Sir Galahad. He had beaten women and they beat him."

Keep an eagle eye out for this plaque on and around the route of the Along the Thames Pub Walk.