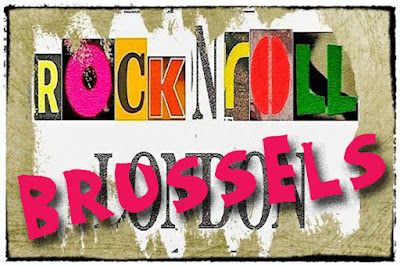 In tribute to our friends in the great capital of Belgium, this week's Rock'n'Roll London blog is a Rock'n'Roll Brussels blog.

In the aftermath of the Brussels bombing Rick Steves wrote a great piece on why it is imperative that we keep on traveling. I heartily agree with his sentiments and hope you do, too – you can catch up with his post HERE.

In that spirit, I'd like to take the opportunity to urge you, as travellers and music fans, to check out the great record shops of Brussels.

I know of no other European city with so many record stores. Certainly no other city that lies within just a couple of hours of London can boast so many, and so many varied places to buy records.

On a recent visit there I topped up my collection – my great guilty pleasure - of 1960's European EP's (I'll blog more on that next week).

My very fave of all the Brussels record shops is The Collector. 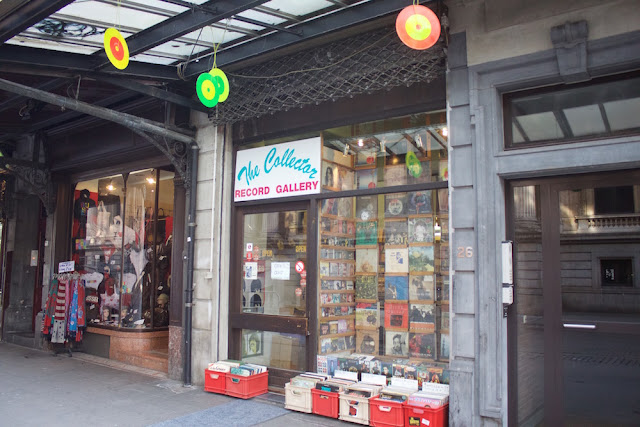 The stock is particularly strong on 60s classics, but I think it's the decor that won my heart. The stacked crates and walls plastered with posters and sleeves create a real Aladdin's cave vibe. It's always my first port of call in Brussels. 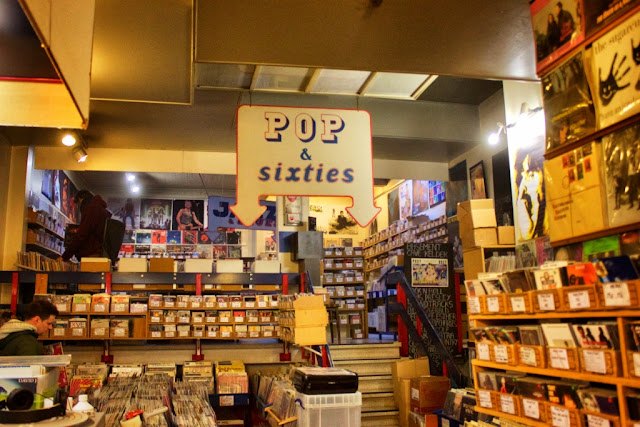 I love their attitude, too. They're not on Twitter. They don't take plastic payment. Their website is utilitarian at best. It's old school in all the best ways. If you love records, you'll love The Collector. 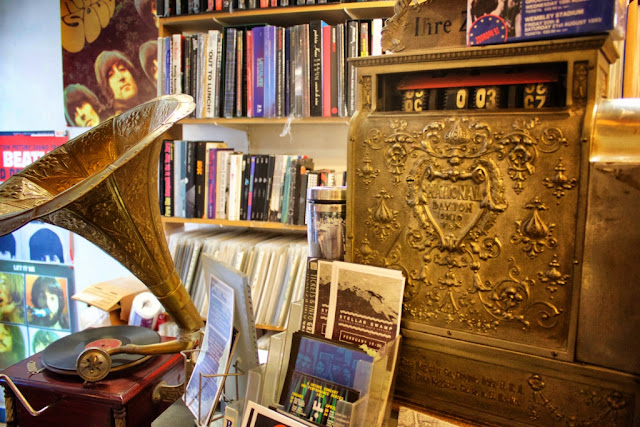 Open the door and take a deep breath. I love the smell of vinyl in the morning. Smells of victory.


(They also carry those ghastly new-fangled "compact discs" but I don't hold that against them. Come and have a fight with me about CD's on the Rock'n'Roll London Walk – I'll look forward to your company!)

Here's how to find The Collector… 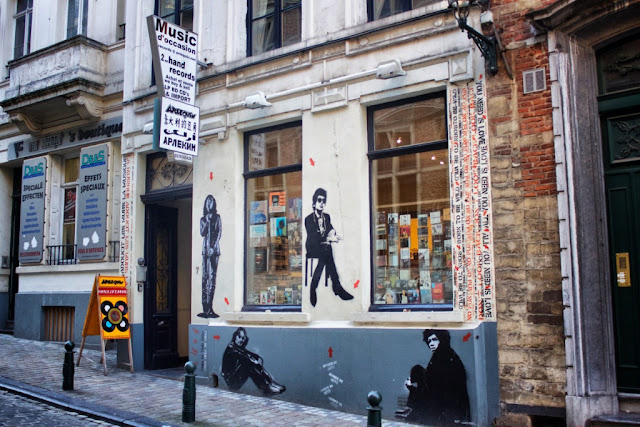 Great selection inside, fantastic street art outside. Bargains to be had here… 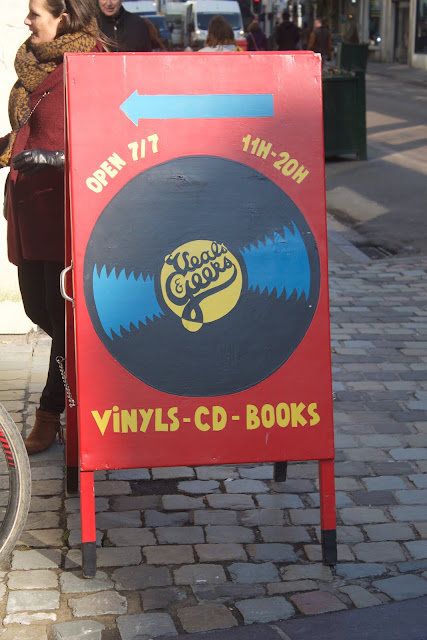 This time around (about a month ago) my trip was a flying visit, so I only managed to swing by these three stores – there are loads more. I was in a hurry to cram in the Jacques Brel Museum – Editions Jacques Brel on the same trip. And I'd urge you to do so too. The story as presented at the museum in narration, song and film, takes us back to Brel's boyhood. It looks at how an early-mid 20th century Belgian childhood, with summers on the wild North Sea coast, shaped the great man's work as a singer, a songwriter and actor.

Plan your visit to the Brel museum here: www.jacquesbrel.be

From my sketchbook, here's my Brel as scribbled on the EuroStar home… 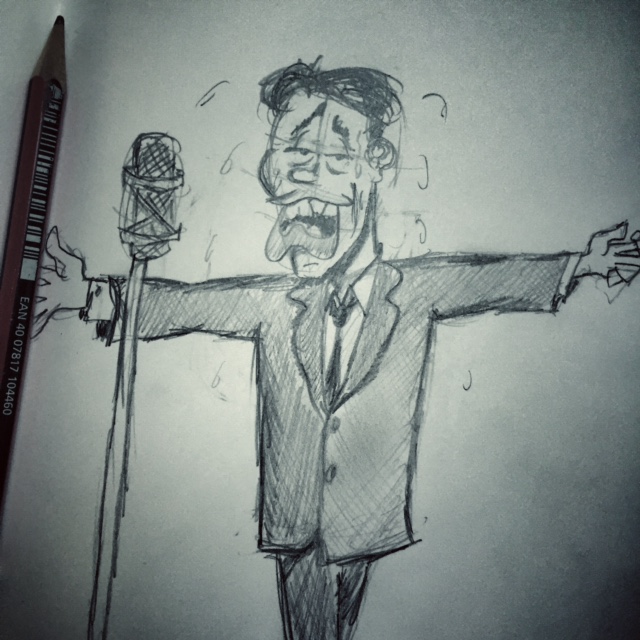 If you've visited the record stores of Brussels and want to recommend a good one, drop me a line or leave a comment below. Or come and tell me all about it on the Rock'n'Roll London Walk on Fridays, 2pm Tottenham Court Road Station.


Good luck and much love to everyone in the great city of Brussels – I'm looking forward to visiting again soon.

April is Music Month on The Daily Constitutional – as we launch THREE new music walking tours in May 2016, I'll be looking at all the capital's musical angles.

Email ThisBlogThis!Share to TwitterShare to FacebookShare to Pinterest
Labels: Brussels