DC Editor Adam writes… During Music Month I'm collecting London music to shape The Big London Playlist. Get in touch with your faves!


The musical My Fair Lady is famously set in Covent Garden. Lyricist Alan Jay Lerner has a plaque within St Paul's Church. It is beneath the portico of St Paul's that we encounter Eliza Doolittle selling her flowers in Lerner's famous musical. 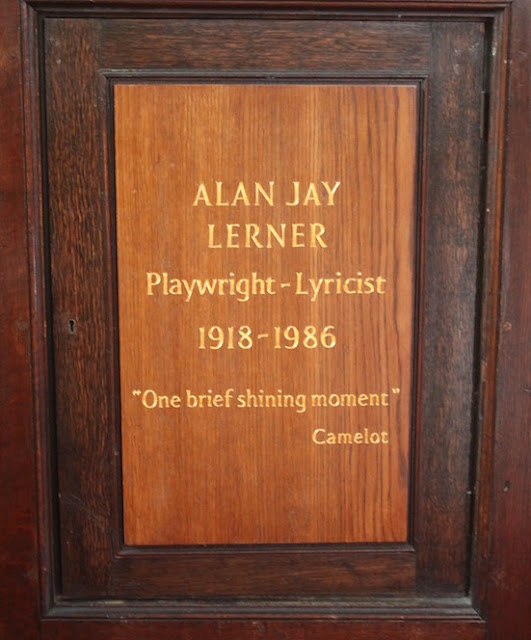 In 2001, Dennis Waterman played the role at the National Theatre. Waterman's acting career now spans five decades - he starred at the Royal Court Theatre in Edward Bond's Saved in 1965 and took the lead in the swinging London classic movie Up The Junction (1968). In the 70's and 80s he became a household name thanks to his TV roles in gritty cop drama The Sweeney and the picaresque West London comedy-drama Minder.

A London boy through-and-through, he was born in Clapham and is a lifelong supporter of Chelsea Football Club.

I had the great pleasure of interviewing Mr Waterman when he was in My Fair Lady at the Theatre Royal Drury Lane. He told me that, when the musical was at the National Theatre, his two big numbers were perfectly timed with Chelsea's European Champions' League matches. He could watch the start of the game on TV, then come downstairs to perform With A Little Bit of Luck. He could then catch almost all the rest of the match before going on to perform Get Me To The Church On Time, after which there was just enough time to catch the end of the game before curtain call!


During the same interview, Mr Waterman also described his initial anxiety at having to play a role so strongly associated with the great Stanley Holloway.

Holloway was born in Manor Park in 1890 and educated in nearby Stratford. His working life began not on stage but as a clerk at Billingsgate Fish Market. In an illustrious acting career he performed the role of Alfred P. Doolittle on Broadway, in the West End and in the Oscar-laden 1964 movie version. Here he is with Alfred's big finish Get Me To The Church On Time…