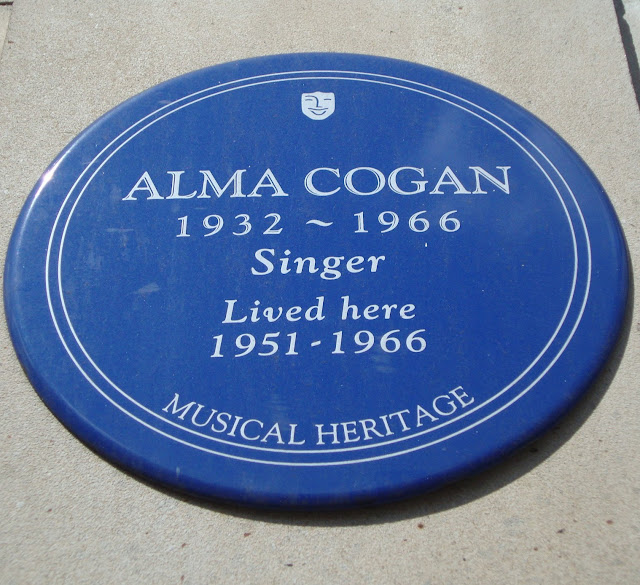 The brightest British star of the pre-Beatles era, Alma Cogan enjoyed chart success with her breezy, traditional pop tunes from 1954 to 1960. Her cheerful style (she was billed as “The Girl with the Laugh in her Voice”) took her to Number 1 with Dreamboat in 1955 and an appearance on the fabled Ed Sullivan Show in 1957. Her Blue Plaque is on the apartment block where she lived and staged her legendary showbiz parties. On any given night at 44 Stafford Court, High Street Kensington one could run into Lionel Bart, Cary Grant, John Lennon, Michael Caine or Noel Coward. And those were just the regulars. A Londoner through-and-through, she was born in Golders Green and lived in Kensington for fifteen years until her death, at the age of 36, in 1966.

Here's how to find the plaque…