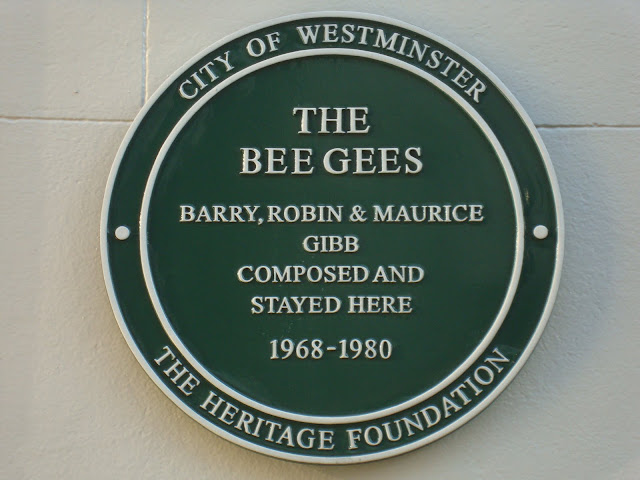 Is there another plaque in London that is shared out between three brothers? The Bee Gees are, these days, respected elder statesmen of popular music. In a recording career spanning more than 50 years they have undergone various changes of fortune: chart stars of the late 60s, a brief period in the early 70s doldrums was followed by international superstardom thanks to the their soundtrack to the John Travolta classic Saturday Night Fever. Another period in the critical wilderness saw them come back in the late 90s with their One Night Only tour – has any act in the history of pop music endured and overcome so many ups and downs? On the way they’ve outsold almost every act on the planet (including the Rolling Stones) and had five UK No.1 singles.

… a song absolutely emblematic of the Bee Gees story. A slice of baroque pop at the height of psychedelia and the birth of rock – wildly out of step with the critics. But the Bee Gees always stuck to their guns. The lush arrangement and epic melody are unashamedly commercial and the result is a 60s pop classic.

The Bee Gees plaque can be found in Brook Street here…

Email ThisBlogThis!Share to TwitterShare to FacebookShare to Pinterest
Labels: #plaque366, The Bee Gees