Bob Marley's associations with London are manifold – his Exodus album was recorded here, at Island Studios. His famous 1975 gig at the Lyceum is widely considered to be the point at which reggae entered the mainstream. The live album of the gig was released in December 1975 …

His plaque can be found on the flat where he lived in 1972 at 34 Ridgmount Gardens, Bloomsbury… 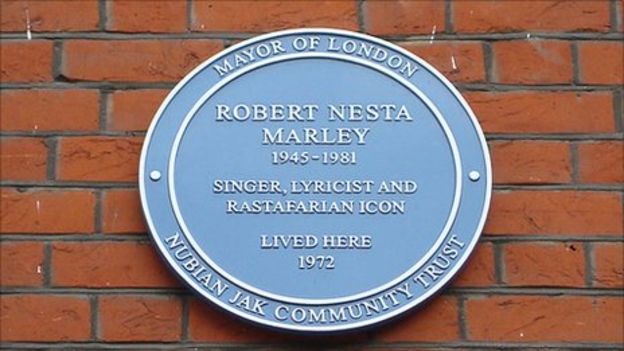