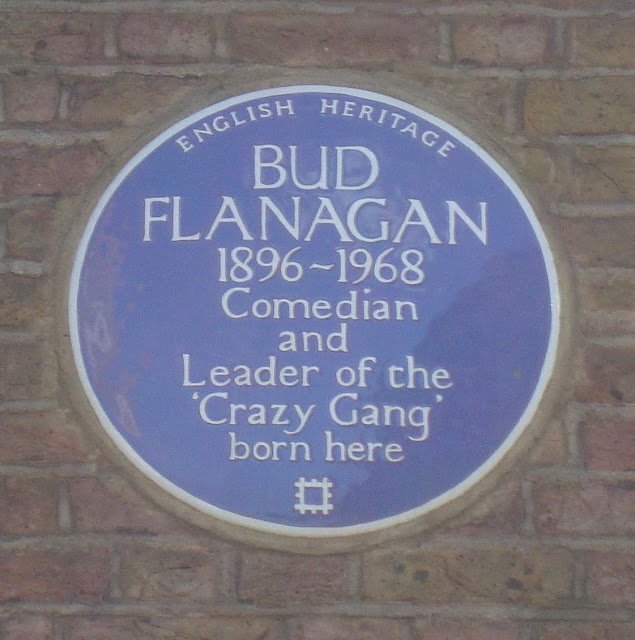 We at London Walks often find ourselves in this part of town telling the Jack the Ripper tale, or digging into the ancestry of the French Huegenots, or Jewish London or staring into the abyss with Jack London.

Yet Spitalfields also gave us a voice beloved of two (getting on for three) generations of British TV viewers.

Bud Flanagan was an English music hall entertainer born Chaim Reuben Weintrop – his family were Polish Jews – famed for his Crazy Gang performances at the Victoria Palace Theatre. His double act partner and fellow Crazy Gang member was Chesney Allen and, as Flanagan and Allen, they had many wartime hit songs, including Run Rabbit, Run and We're Gonna Hang Out the Washing on the Siegfried Line.

Flanagan died in 1968 and was cremated at Golders Green, north London. His last job was the one for which he remains most beloved – as the singer of the Dad’s Army theme tune Who Do You Think You Are Kidding, Mister Hitler? And he nailed it in one take.

P.S. I'll be returning to Flanagan & Allen soon in compiling The Big London Playlist - see below


Here's how to find the plaque…