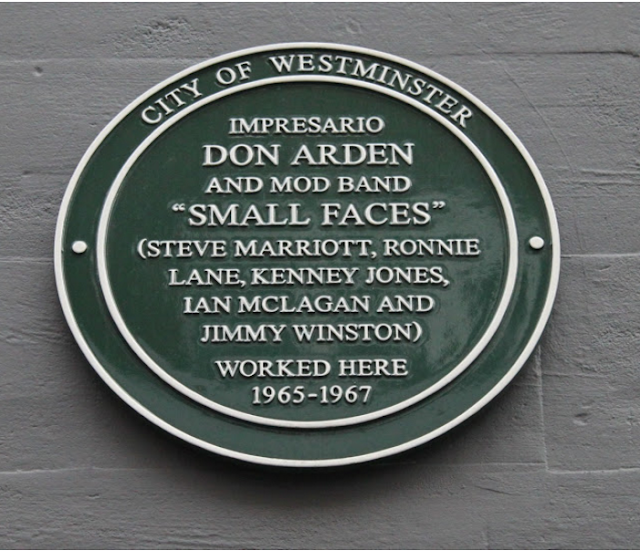 Arden is said to have once held Bee Gees manager Robert Stigwood over a balcony of a fourth story window in an attempt to discourage Stigwood from poaching one of his clients away from him.

Among his charges in the 1960s were The Small Faces, the East London mods who rose to international fame with such hits as Itchycoo Park, a satire on the Hippie mores of the late 60s with a title inspired by an East London park (possibly Little Ilford Park, possibly Wanstead Flats).

It’s an odd commemoration in that one of the five people named on the plaque is still alive – Kenney Jones, the Small Faces drummer, who unveiled the plaque.

The plaque also marks Carnaby Street as the epicentre of Swinging London style.