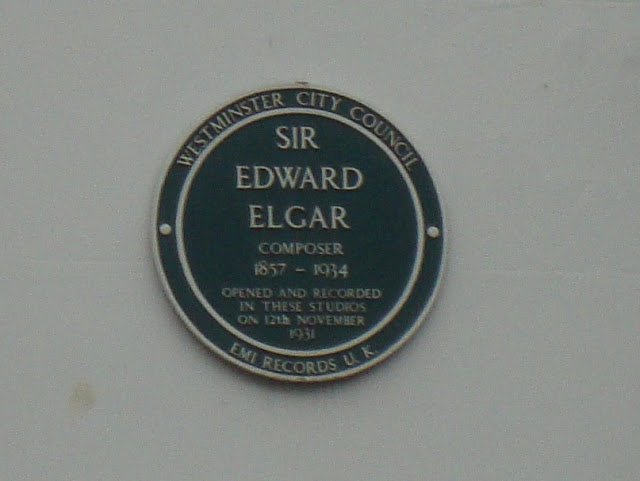 The man, without whom, the last night of the Proms would be a very different kettle of fish.

Opinion is divided over the Last Night of the Proms: some say it’s empty, jingoistic flag-waving; others that it’s a bit of fun and an excuse to be patriotic. Whichever side of the fence you stand, Land of Hope and Glory – from Edward Elgar’s Pomp and Circumstance March No.1 – provides the finale that is famous the world over.

His plaque can be found in north London, on a building more popularly associated with four Liverpool-born musicians – EMI’s Abbey Road Studios. Elgar was filmed here for a Pathé newsreel in 1931, recording his Pomp and Circumstance March No.1 at the opening of that famous recording studio.


How to find the plaque…