Tucked away behind Carnaby Street, Kingly Street was once a hidden, "backstage" area for the tailoring trade on nearby Savile Row.

The 60s changed all that. With the arrival of John Stephen, the famous Glasgow-born gents outfitter – the man who introduced Levi jeans to these islands – and his empire of clothes shops, Carnaby Street became world famous in the 1960s.

With musicians featuring among the high-spending clientele, it was only a matter of time before they started socialising nearby, too.

The Bag O Nails provided food and drink as well as live music. Perhaps the most famous purveyor of the latter is… 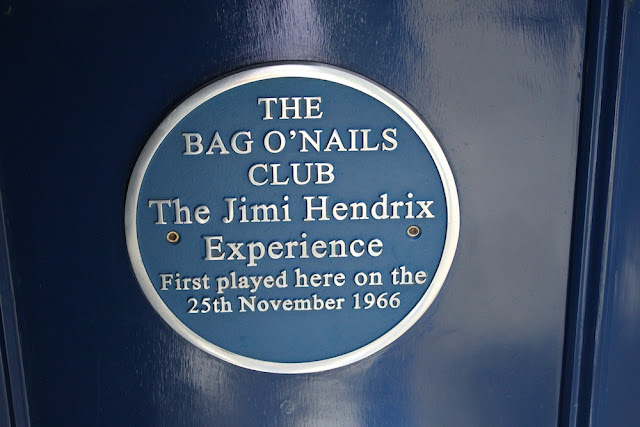 The name Bag O’ Nails is not uncommon in the world of English pubs. Legend has it that the name is a corruption of “Bacchanals” – the rites and festivals enacted in honour of Bacchus, the Greek god of wine. It is more likely, however, that the name derives from a sign once used by ironmongers.