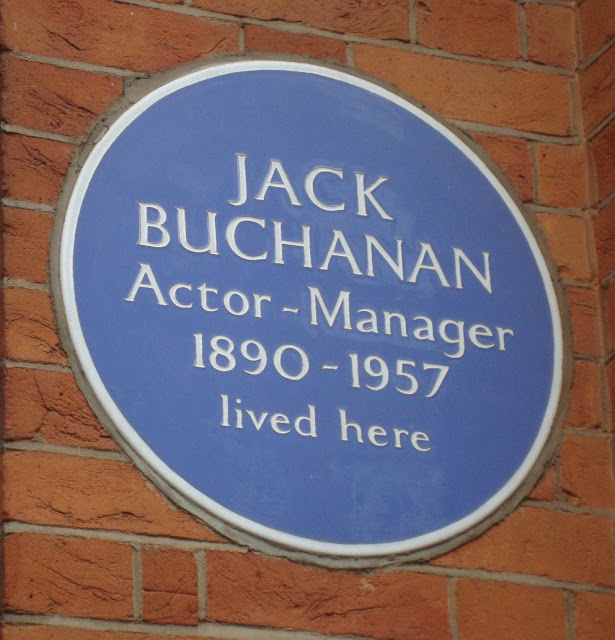 From the long British stage tradition of Actor-Management – a tradition that includes Henry Irving, Herbert Beerbohm Tree and Donald Wofitt among many plaque-worthy others – Jack Buchanan was both star and producer of his many London shows. Despite having started out as an actor, however, the cornerstone of Buchanan’s legend is his work as a song-and-dance man. Buchanan wowed audiences both here in London and from Hollywood where he was often cast as the epitome of the English gentleman – this despite being a born Scot!

Haling from Helensburgh on the west coast of Scotland, one of Buchanan’s lesser-known achievements was in funding the most famous project of his fellow Helensburgher, John Logie Baird.

Here in London Jack Buchanan ran the Garrick Theatre and was a mover and shaker (not, this time, in a dancing sense) behind the building of the Leicester Square Theatre. His career spanned both the eras of silent and talking pictures and his most widely acclaimed movie remains the 1953 musical Band Wagon, in which he starred with Fred Astaire and Cyd Charisse.

Here he is in action…