A most unusual plaque shot today! It was taken by Richard Porter, Beatles expert and London Walks guide, the day before the official unveiling back in 2010. As ever, Richard is first with the Beatle news. In this case before it even happened! 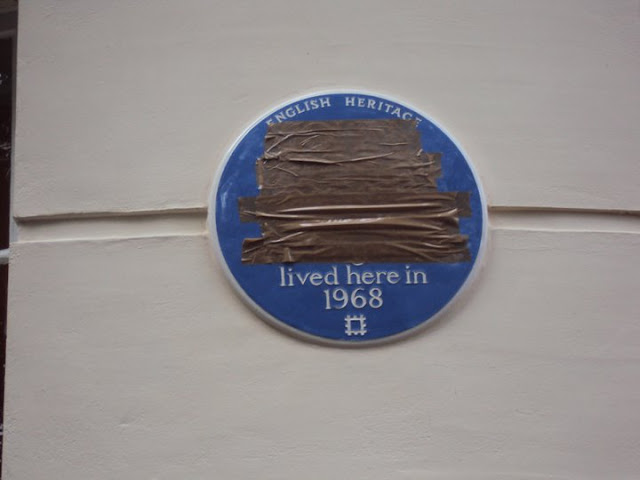 Richard was also the first to announce the unveiling and he now visits the site on his regular Beatles Walks.
It is dedicated to John Lennon, who lived here in Montagu Square in 1968. Ringo Starr was the leaseholder also sub-let the premises to Jimi Hendrix. Is there a more rock’n’roll flat in all of London?

At the unveiling, which was performed by Yoko Ono and Rod Davis, the banjo player in Lennon’s first band The Quarrymen. On the day Davis said: "If only they'd mentioned the drugs bust on the bottom of the plaque [Lennon was busted here]. Wherever he is, he would have a great chuckle about this one."

Richard will tell you all about it every Tuesday and Saturday on The Beatles In My Life walking tour.
Here's how to find the plaque…