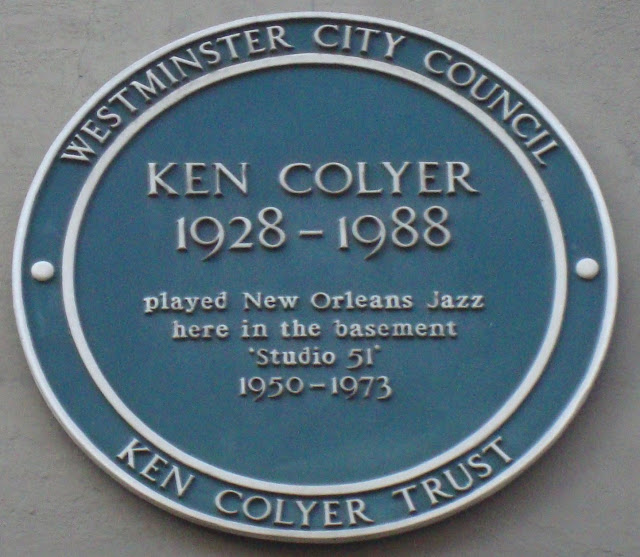 (NB: At time of blogging April 2016, the plaque is currently obscured by scaffolding)


A diehard devotee of New Orleans jazz, trumpeter Ken Colyer was brought up in Soho. His unwavering devotion to trad jazz has often blinded critics to the crucial role he played in the development of 20th Century music in England – working with such figures as Lonnie Donegan (leading light of the skiffle scene that inspired The Beatles) and Alexis Corner (bluesman who begat the Rolling Stones). A Soho legend, Colyer’s plaque is at the site of his famous club Studio 51. Ken Colyer died in 1988 at the age of 59.