The #RollingStones In #London Walk: 10 Days to Go!


Daily Constitutional Editor & Rock'n'Roll London guide Adam Scott-Goulding writes… As a countdown to the Rolling Stones in London Walk I've picked 45 moments – tracks, busts, incidents, quotes – from the greatest story in Rock'n'Roll. These are the moments that made the legend…

When talk turns to the Stones, the recreational habits of Keith Richards are seldom far from centre stage. Said habits will most certainly be making an appearance on our forthcoming walking tour.

But as I stated earlier in this series, it's when Keith talks of music that he is at his best. But would the music have been different – better? – without the antics? Perhaps we can have that debate when you join me on the walking tour.

But there's no doubt that the old war stories are central to the Stones' legend. And Keef tells 'em well…

"In fairness to the poppy,” he once said, “never once did I have a bad cold.”

Don’t try this at home, kids.

Actually, do what you like, you're all grown-ups. Just don't tell the cops that Adam from The Daily Constitutional told you to do it. 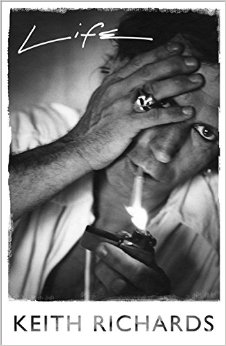