The #RollingStones In #London Walk: 11 Days to Go!


NEW! The Rolling Stones in London Walking Tour launches on Thursday 5th May 2016!


Daily Constitutional Editor & Rock'n'Roll London guide Adam Scott-Goulding writes… As a countdown to the Rolling Stones in London Walk I've picked 45 moments – tracks, busts, incidents, quotes – from the greatest story in Rock'n'Roll. These are the moments that made the legend… 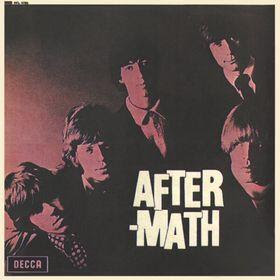 Most critics agree that Aftermath is rather eclipsed in '66 by both The Beatles' Revolver and Dylan's Blonde on Blonde – but no overview of that pivotal year for rock'n'roll music is complete without giving this album its due.

In terms of the Stones' journey is is the first of their records to abandon R&B standards. Jagger and Richards are spreading their wings as songwriters and Brian Jones, in his final flourish, brings great colour to the arrangements. Under My Thumb, Mother’s Little Helper and Lady Jane feature.