The #RollingStones In #London Walk: 12 Days to Go!


So where to start with Rolling Stones greatest hits collections? 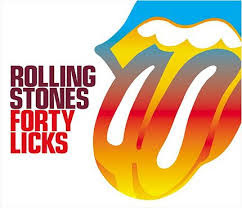 Forty Licks (2002)… Okay, it may be missing Sister Morphine (to name but one), but this was the first time the Stones career had been properly anthologised, bringing together the 60's catalogue with the post-Allen Klein material. The Stones had been in litigation with their former manager Klein on-and-off for decades, but with the advent of the compact disc and an opportunity to exploit back catalogue, the parties finally came to an agreement. It was released for the 40th anniversary celebrations in 2002.

The big oversight on 40 Licks was the omission of Come On, their debut single, which the band put right on Grrr (2012), the collection to mark the 50th anniversary. 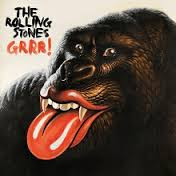 My own particular fave is Rolled Gold (1975), the first Stones album I ever owned, which I acquired at the age of 12. It focusses on the '63-'69 period, my personal favourite Stones era. 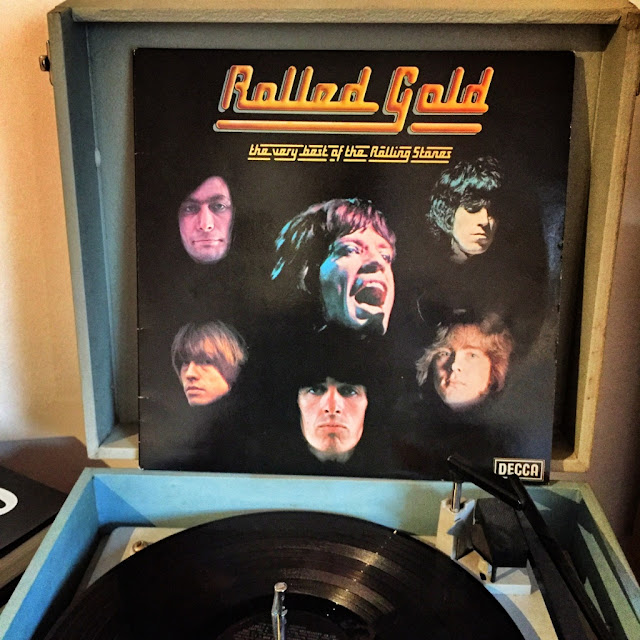 All the above, however, are pretty ugly to look at. Best sleeve is from the first collection back in '66, the UK version of Big Hits (High Tide Green Grass) which features Brian Jones in the most extraordinary suit… 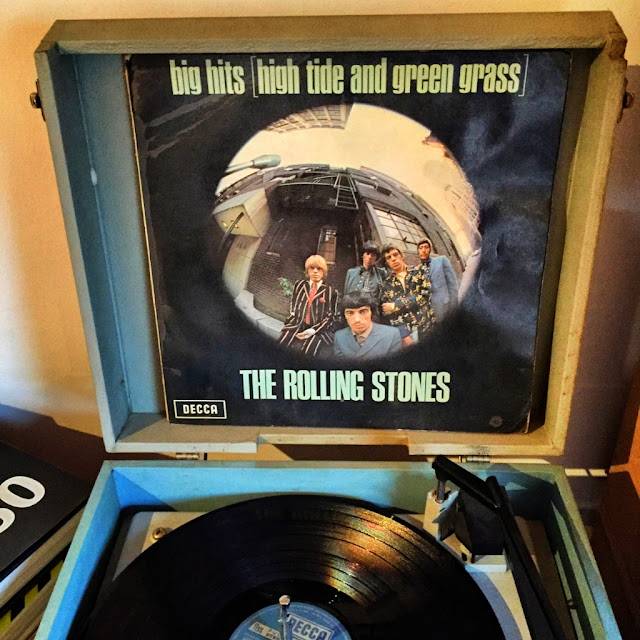 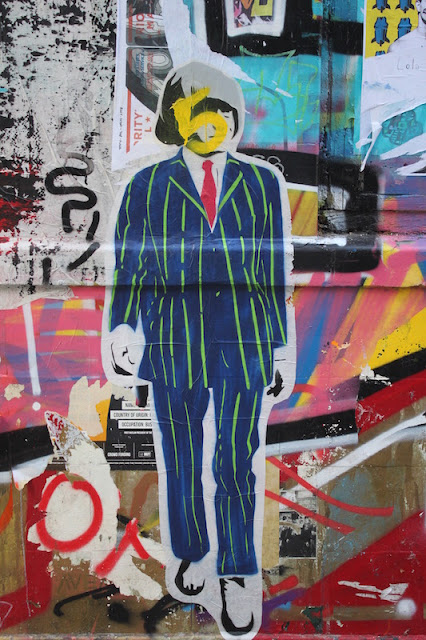 The sleeve photography is by Gered Mankowitz. Unfortunately the U.S version reversed the sleeve, using the pic that was on the back of the UK edition… 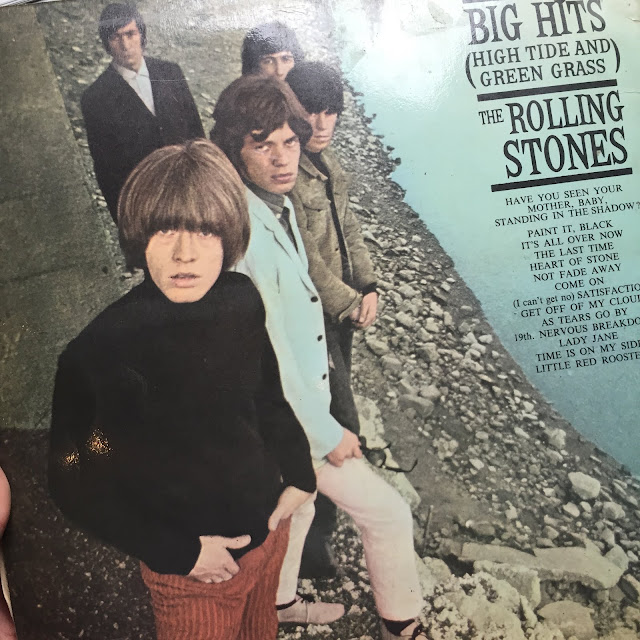 … it's a good enough shot, it just lacks the sinister feel of the UK version.

It's a lovely low-level security measure that we used to employ in the olden days when we took our records to parties and didn't want to lose them.

This album is a particularly good one to take to a party. It has its limitations given that it only dates from three years in to the Stones' career, but every track is guaranteed to get the party going. The sleeve bears the battle scars of parties gone by, seemingly doused with booze…

… but the disc itself is in pretty good nick for a 50 year old. Here's the track listing…