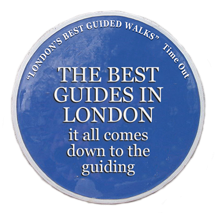 Monisha Bharadwaj is an award winning author, food historian and a food writer based in London, UK. She was awarded ‘Cookery Writer of the Year’ in 2003 and some of her 15 books have been shortlisted for awards such as the Cordon Bleu World Food Media Awards, the Andre Simon Award and the Jacob’s Creek World Food Media Awards. Her books have sold over half a million copies in 8 languages.

Monisha is a qualified chef from the Institute of Hotel Management, Catering Technology and Applied Nutrition, Mumbai and also has a degree in Indian History as well as a Diploma in Journalism.

Monisha contributes to several magazines and newspapers such as Elle, Delicious, The Mail on Sunday and the Sunday Telegraph and has cooked on TV for Great Food Live and Bites on UK Food, BBC’s ‘Food and Drink’ and ITV1’s ‘The World’s Best Diet’She has been a judge on Iron Chef America (The Food Network, USA) and cooked for ‘Chef on a Shoestring’ (CBS Network, USA).

She runs a successful Indian cookery school in London called Cooking With Monisha, (www.cookingwithmonisha.com) and also teaches at other cookery schools such as Divertimenti, The Bertinet Kitchen in Bath, The Ashburton School in Devon and Seasoned in south Derbyshire. She teaches around 5 classes a week, from training chefs from all around the world to teaching people with special needs.

Monisha has been Guest Chef at several charity events such as the BeFund Charity event at Benaras, a Michelin star restaurant in London and at the Intercontinental Hotel, Park Lane for the UK Medical Association.

She is often invited to judge food events and has been a regular judge at the Guild of Fine Food’s ‘Great Taste Awards’ for the past few years. In 2013, Monisha was invited to be Guest Lecturer at SOAS, University of London, to give a series of talks on ‘The History and Culture of India through its Food’.