NEW! A sneak preview, via London Walks' Pen & Daily Constitutional Special Correspondent David Tucker, of a few of the new London Walks on the Summer 2016 programme, staring with…

On Saturday, September 3 at 7.15 pm from Victoria Railway Station (meet by the ticket office) – The Pubby Purlieus of Buckingham Palace 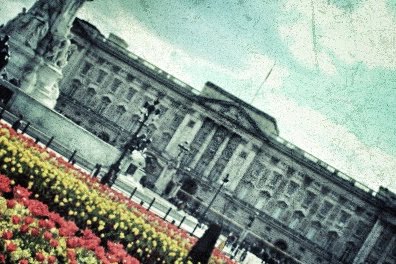 Long version. Fresh peaches. Fancy some? That's what we get – figuratively – on this new walk. Fresh peaches hidden away in a neighbourhood most people take for granted, regard as fairly humdrum. Boy are they clueless. Start by reminding you of the opening bars of the London Walks anthem: "London specialises in hiding the best of itself" and "London Walks makes the familiar new and the new familiar."

So what have we got here? For starters Simon's going to make you see – properly see, understand – Victoria Station itself. Victoria Station – the Gemini station. See a couple of poignant details you'll have missed. That's before we get into the mind's eye "seeing." The canal, The kowtowing to the high and mighty – the banned goods trains, the shrubs, the glass train sheds, the tracks lined with rubber beds. There's the Music Hall (well, there was the music hall). There's Art Deco. There's Little Ben. There's the first use of the Queen's name (in this area). No, it wasn't the station – it was something much better, a hidden gem. The Duel. Tear 'em, the politician who regarded the aristocracy, the church, and the unreformed municipal corporations as sinister interest groups, which used their powers for their own selfish ends. (Yeah, you want to meet him, don't you? Who wouldn't? Put your mind at rest, we'll be stopping by Tear 'em's house.) The spot where the Queen's neighbours enjoy every comfort. A chance to wave at James Bond – well, James Bond's creator – who's up there writing Casino Royale. The liberation of Peru, Bolivia and Brazil.

And then we've hit our strolling stride. There's Buckingham Palace's back door; there's the wall that goes forever and the Royal Mews; there's Lord Allpride and Queen's Row; there's stuffed tortoises and 'ill-shaped fishes'; there's the Gutter Hotel; there's De Gaulle and Polish General Sikorski under the same roofs; there's the Duchess of Cambridge's family in the hotel round the corner the night before the wedding; there's a couple of secret passageways; there are very pretty, all-of-a-piece, little old residential streets; there are very pretty little old pubs; there are real life spymasters; there's Shakespeare... well, you get the idea. Great guide, great walk.