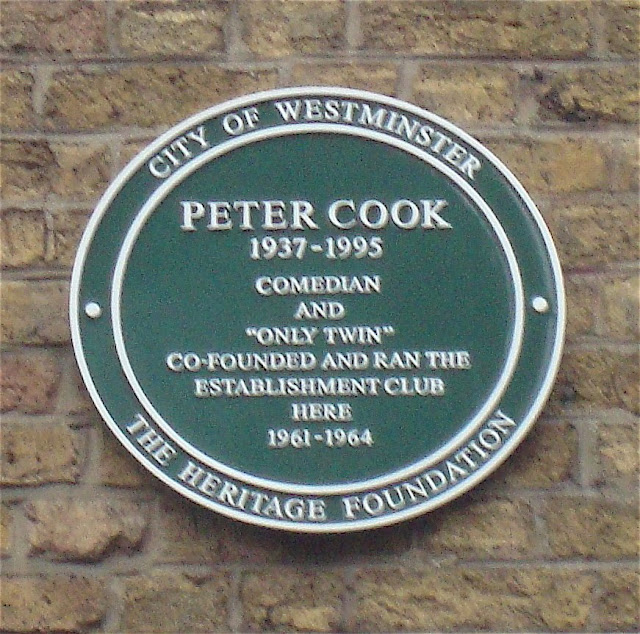 “The only good title I ever came up with.” Thus Peter Cook judged the name of his Establishment Club in Greek Street, the satirical comedy club which, from 1961 – 1964 played host not only to Cook’s work, but that of such comedy luminaries as Lenny Bruce. Regarded by many as a genius (Stephen Fry once described him as “The funniest man who ever drew breath.”) Cook was born in Devon and was headed for diplomatic service but was stymied by the fact that, in his own words, “England had run out of colonies” by the time he came down from Cambridge. One quarter of Beyond the Fringe (with Dudley Moore, Jonathan Miller and Alan Bennett), publisher and sometime financial saviour of Private Eye magazine, his comedy influence stretches into the present day.