#plaque366 The Ward of Portsoken

“What does that mean?” asked one of our London Walkers from North America as we passed this plaque recently. 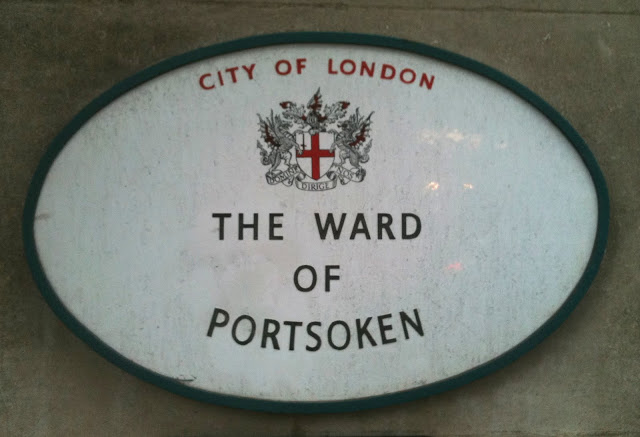 The City of London – i.e. the Old City, the square mile – is made up of 25 small districts known as wards. The ward system is a relic of the mediaeval system of governing the City of London. Each ward has its own Alderman, which is the most senior position in the ward. In centuries gone by, the position was held for life, but in the 21st Century the Aldermen put themselves up for re-election at least every six years. The Lord Mayor of London is chosen from among the Aldermen of The City.

Much of the The Ward of Portsoken lies outwith the old City wall. St Botolph's Church is in Portsoken and its eastern boundary is Middlesex Street, the famous Petticoat Lane market.