The #RollingStones In #London Walk: 3 Days to Go!

Andrew Loog Oldham was the young turk who shaped the Stones as the anti-Beatles in his capacity as the Stones' 60s manager, image-making svengali and genius controversialist. He wrote the sleeve note for the Stones' second album encouraging fans to buy the album at whatever cost… 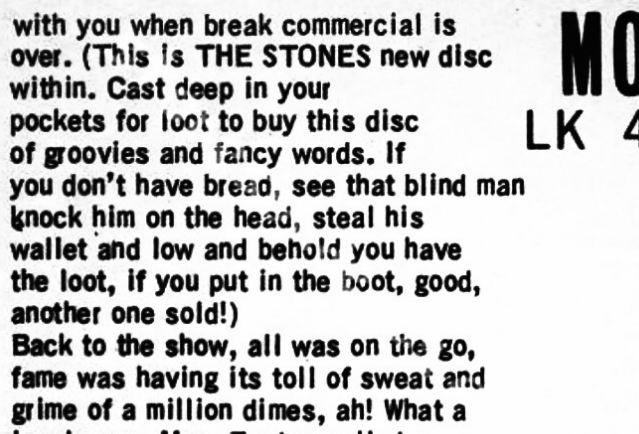 If you have a copy of Rolling Stones No.2 with the sleeve note above, it is now worth a small fortune. The initial print run was withdrawn and the incident was even discussed in the House of Commons.

His first volume of autobiography – Stoned (1998) tells the tale of his youth and his meeting the self-styled World’s Greatest Rock’n’Roll Band. It is a great read.

Oldham’s tale is unique indeed. Few had such a close view of the so-called Swinging Sixties in London. And few have allowed other voices into their story. Oldham, always the radical, has no fear in this quarter.

You probably didn't buy your white-haired ol’ mum a copy for Mothers’ Day. Unless, of course, her hair’s white from peroxide and she thinks sweet sherry is a breakfast wine. In which case… bring her along on the Rolling Stones London Walk!