Friday is Rock'n'Roll London Day: God Save The Queen. We Mean It, Man

Will I be making a big fuss about The Queen today on the Rock'n'Roll London tour? I certainly will… 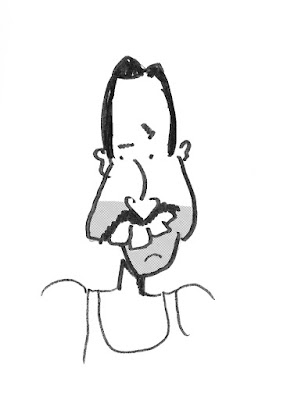 Perhaps you can join me in a rousing chorus or two of God Save The Queen?


And at four o'clock when we've covered Soho and the West End, I can pack you off to Buckingham Palace, a Rock'n'Roll London shrine in its own right.

Buckingham Palace has, in recent decades, developed strong associations with pop and rock music. The Beatles started it all, of course, but the most recent music story associated with the old place is that of Cat's Eyes and their "infiltration" of the palace posing as members of a renaissance music ensemble.

Cat's Eyes are an Indie duo comprising Rachel Zeffira, an opera singer, composer and multi-instrumentalist, and Faris Badwan of East London neo-Punk outfit The Horrors. Here's the film of their stunt, which took place at the end of March this year…


At the Diamond Jubilee Concert in 2013, North London boys Madness took to the roof of the palace to perform Our House – the most gentle, the most jolly, the most thoroughly low-key and British slice of political protest ever. For what is Buckingham Palace but OUR house? Nicely done, gents, made us all chuckle as we sang along. Oh, by the way: the knighthoods are cancelled.

The lads from Madness were not the first to play up on the roof – back in 2003 at the Golden Jubilee, Brian May of Queen, with a little nod to Jimi Hendrix and his take on The Star Spangled Banner, gave it large on his version of God Save The Queen…

Back when Jubileees were merely silver and the Sex Pistols roamed the earth, Buck House became the backdrop for a famous punk publicity stunt. The Pistols signed to A&M records outside the palace in March 1977…

The story of pop and the palace all starts with The Beatles. Back in '65 they received their MBE's from HMQ and one of the best of all Beatle myths was born: that The Beatles smoked dope in the lavs at Buckingham Palace. These days, Paul pours scorn on the tale. What does Ringo have to say on the matter? The perfect 60s response, of course: "I can't remember."