Friday Is Rock'n'Roll London Day: Punk at the British Library A Must See @britishlibrary

Having said that, it's a well-curated if small exhibition and a must for music fans. The sleeve gallery of 7" single artwork is particularly good and there's a continuous loop screen of the Bill Grundy incident with the Sex Pistols cussing on live TV, still thrilling and still hilarious. Here's the BL's intro… 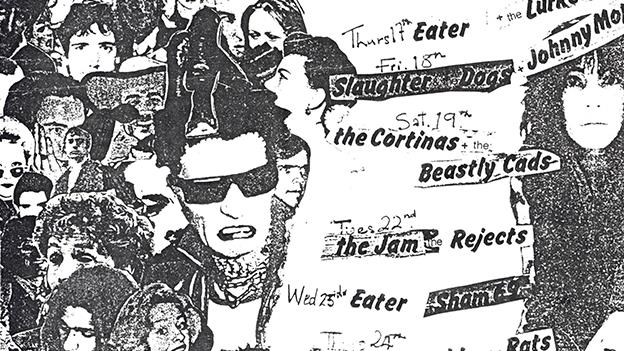 Starting with the impact of the Sex Pistols in 1976, the exhibition explores punk’s early days in the capital and reveals how its remarkable influence spread across music, fashion, print and graphic styles nationwide. Showcasing a range of fanzines, flyers, recordings and record sleeves from the British Library’s collections alongside rare material from the archives held at Liverpool John Moores University, including items from England's Dreaming: The Jon Savage Archive, it celebrates the enduring influence of punk as a radical musical, artistic and political movement.