Following on from yesterday's AJP Taylor plaque, which was placed by an individual rather than an organisation, here's another example in Kensington… 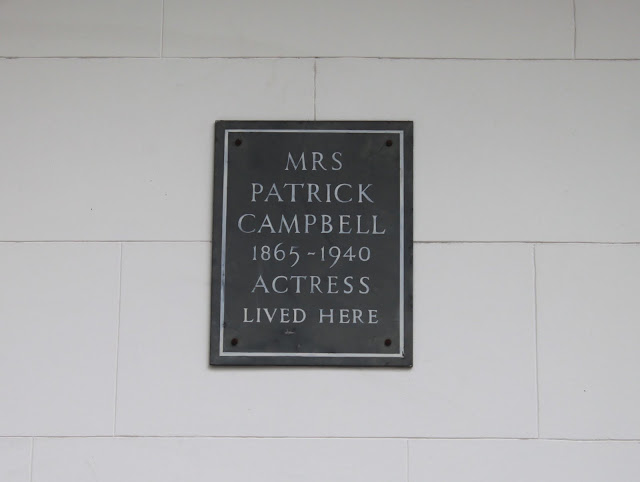 A Londoner through and through, Mrs Patrick Campbell was born Beatrice Stella Tanner in Kennington, south London on 9th February 1865. Regarded as one of the greatest stage actresses of her day, she trained for a time at the Guildhall School in The City. Her first husband (from whom she took her name) was killed in action during the Boer War. In 1914 she became the first actress to play Eliza Doolittle in George Bernard Shaw’s Pygmalion. She died in 1940 at the age of 75 at Pau, in the south of France.


Find her plaque in Kensington Square…