In Praise Of A Great Canadian #CanadaDay 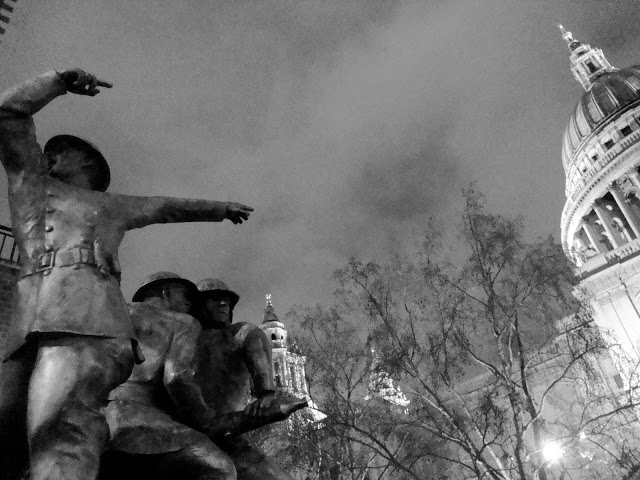 And he’s not famous.

Hats off, snap to attention, salute.

The “thing” had buried itself 27 ft. in the ground near the clock tower of St. Paul’s Cathedral. The crater the bomb made was 100 feet wide. A London Walks guide can show you exactly where that was.

They got it out of that crater, out of that deep hole in the ground. Got it onto that lorry.

Lt. Davis – a very brave young man a long way from home – conveyed the “thing” to Hackney Marshes in that lorry. Where it was disposed of. An accident at any stage in that operation would have disposed of Lieut. Davis and his squad.  And had it gone off while they getting it out of that hole in front of St. Paul’s for good measure it would have destroyed the front of the cathedral.

What that young Canadian (and his squad) did – that was incredibly brave. A magnificent achievement.