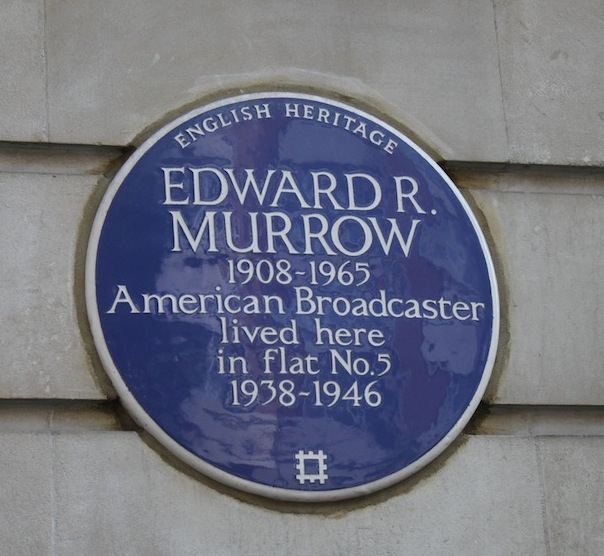 Edward R. Murrow (1908 – 1965), the American broadcast journalist who worked at CBS for his entire career, moved to London in 1937 to head up the network’s European operations.

His broadcasts always began with the words “This… is London” – always with a slight, but dramatic pause after the word “This”. There were few places more dramatic than London in 1940.

Email ThisBlogThis!Share to TwitterShare to FacebookShare to Pinterest
Labels: #plaque366, Americans In London