The Moravian Church is a Protestant Episcopal church that has its London roots in the early 18th Century. The church was founded Moravia - the modern day Czech Republic – more than 500 years ago. These days it has its London HQ in Muswell Hill.

The Fetter Lane Church was bombed on The Longest Night – 10th - 11th May 1941, the most ferocious night of The Blitz. 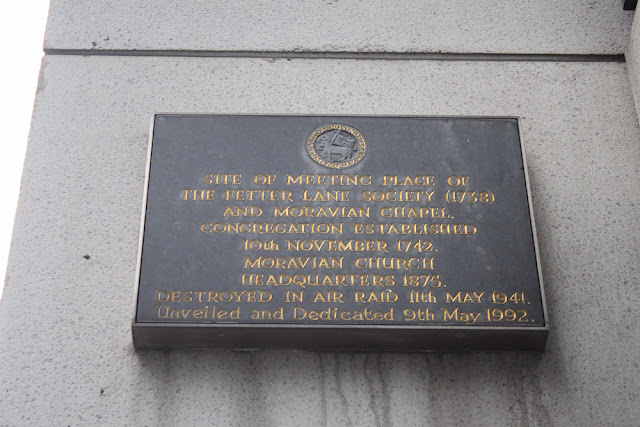 John Colville, Secretary to Winston Churchill, recorded the 11th May 1941 in his diary…

I walked out into Downing Street at 8.00 a.m. on my way to the early service at Westminster Abbey. It was really a sunny day with blue skies, but the smoke from many fires lay thick over London and obscured the sun. Burnt paper, from some demolished paper mill, was falling like leaves on a windy autumn day.

Whitehall was thronged with people, mostly sightseers but some of them Civil Defence workers with blackened faces and haggard looks. One of them, a boy of eighteen or nineteen, pointed towards the Houses of Parliament and said, “Is that the sun?” But the great orange glow at which we were looking was the light of many fires south of the river.