Starting Tuesday With A Chuckle? 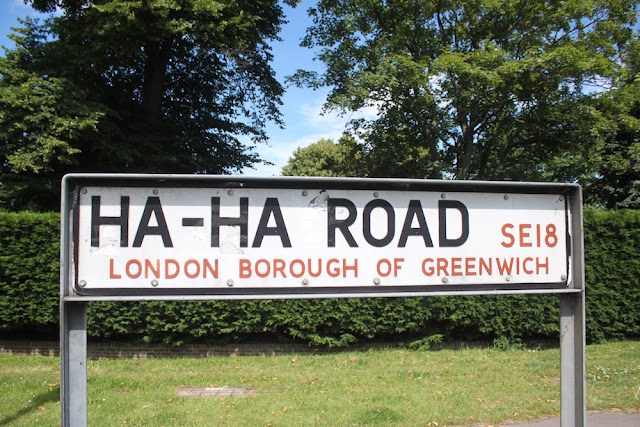 Yes and no. Great street name (in South East London) named for a landscaping feature that dates back to the 17th century.

A boundary to a garden, pleasure-ground, or park, of such a kind as not to interrupt the view from within, and not to be seen till closely approached; consisting of a trench, the inner side of which is perpendicular and faced with stone, the outer sloping and turfed; a sunk fence.'

Origin: Early 18th century: from French, said to be from the cry of surprise on suddenly encountering such an obstacle.