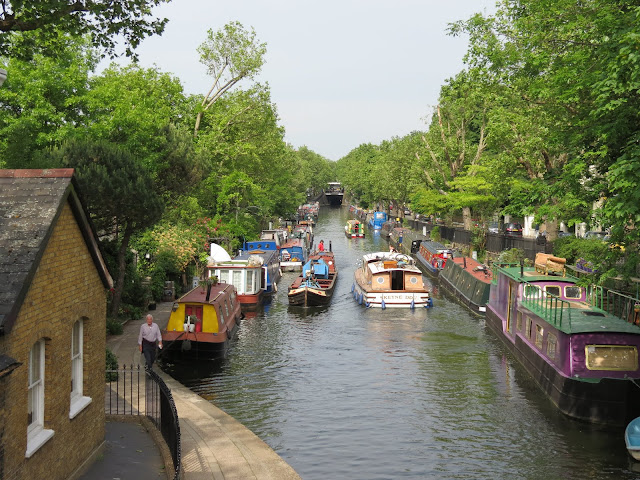 Two hundred years ago, on 12th August 1816, The Regent’s Canal was opened from Little Venice to Camden, and to Cumberland Basin near the Euston Road.

On the Prince Regent’s Birthday, a convoy of five barges conveyed Lord Macclesfield (Chairman of the Canal Company) and all the dignitaries along the Canal, accompanied by music played by regimental bands.

The Regent’s Canal was going to be an important part of the major new route to move goods from the Midlands to London Docks. The next phase of the work, from Camden to Limehouse, would complete the canal.

John Nash, the architect, is famous for his work on Buckingham Palace, Regent Street, and Regent’s Park. He was also a driving force in getting the Regent’s Canal built.

These days, the canal towpath is a pleasant place to go for a walk.

Why not join our Towpath Walk along the canal from Little Venice to Camden, and see what John Nash created?

Canal Guides
Aileen, Andrew, Mike G., Peter, Richard, Roger and Sara all have many years" experience of the inland waterways and have explored them extensively by narrowboat (and, in Roger's case, canoe). They're all active members of the Inland Waterways Association, which works in partnership with us to provide the towpath walks in the London Walks programme.